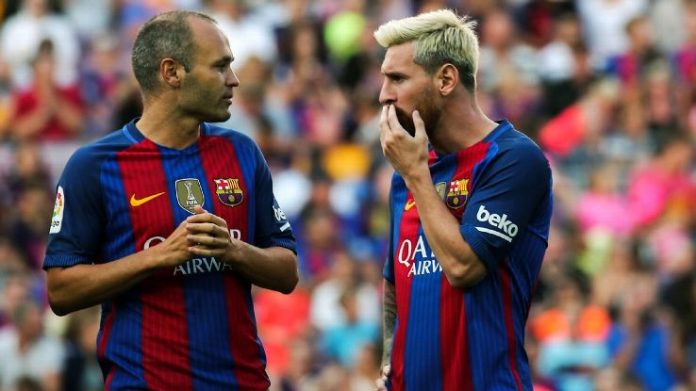 Andres Iniesta could be returning to the Camp Nou with Joan Laporta plotting his return to Barcelona.

Laporta’s plans for Barcelona would make you think he has already been crowned president. The presidential candidate has been vocal in discussing his transfer plans in the press, and he has also talked about wanting a number of club legends to return. According to Diario GOL, that includes a move for Andres Iniesta.

Iniesta has been playing for Japanese side Vissel Kobe since leaving Camp Nou in 2018. He is currently injured and taking four months off. The midfielder will be 37 by the time he recovers and could easily retire. Laporta is looking to capitalise upon the same by offering Iniesta a coaching role at the club.

Laporta wants to benefit from the club legends’ internal knowhow of the club and wants to emulate Pep Guardiola’s success at Barcelona by providing them with the right platform. With that in mind, the World Cup winner will be brought in to coach one of Barcelona’s junior teams and subsequently get promoted on the basis of progress.

A sub-par Barcelona side requires someone as gifted and motivational as Guardiola to take them back top of the league (and Europe).

Laporta’s vision to give club legends opportunities to do so cannot be questioned. And there is enough recent evidence of former players returning to their clubs with some success that a move for Iniesta or Xavi (currently managing in the Qatar league) would make sense.

With Guardiola unlikely to go back to Barcelona and options like Mauricio Pochettino off the market, a club legend could be the best way to reinvigorate the squad.