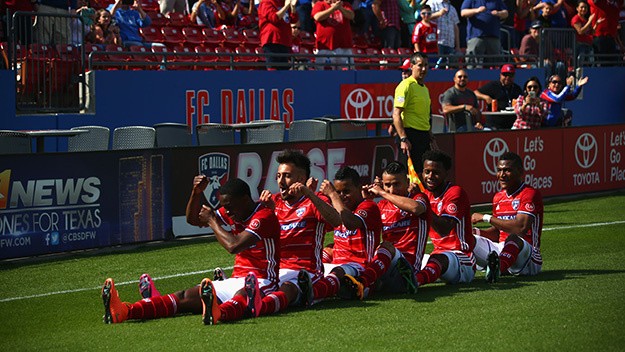 The Italy legend said that while United State of America’s football league has improved a great deal, there is considerable risk of it falling behind with the rule which only allows only three designated players to earn big money beyond each team’s set budget. The designated player rule is an attempt by the league’s governing body to let the clubs maintain discipline of a salary cap.

The 37-year-old told the Gazzetta dello Sport: “I’ve seen improvements and from what I have seen in friendly games and the first two rounds of the regular season, the quality has risen a lot.

“Certainly I would get rid of the restrictions on the transfer market, though. Enough with the three exceptions to the salary cap, which is too little to convince other stars to come here. They need to develop a liberal system where you can buy and sell players without restrictions.

“Now there is even the competition from China. Especially if you want to compete with other leagues, at home and abroad, you have got to get rid of any restrictions.”

For NYCFC, Pirlo is classed as a designated player along with David Villa and Maxi Moralez.

While the former Juventus’ comments are justified at his end, these restrictions aim at ensuring football development of the country doesn’t get hindered just to make MLS a more attractive destination. By ensuring more Americans get a chance to play in the league, the USA national squad as well as the MLS would become more competitive.

In January, the China FA put a cap on foreign players in the Chinese Super League clubs. Starting from the new season this month, clubs will only be allowed to play three non-Chinese players per game in the hope of fostering more local talent at the expense of overseas players.