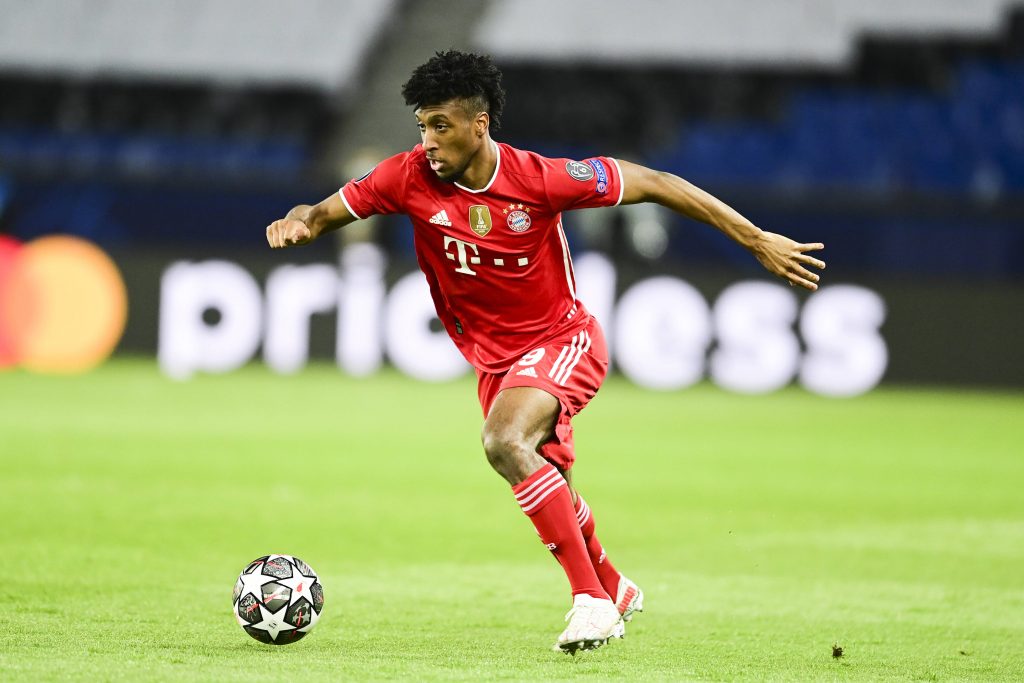 Bayern Munich’s refusal to meet exorbitant wage demands from their players could be good news for Manchester United.

According to German football expert Florian Plettenberg, the Bundesliga champions were unwilling to pay David Alaba what he was looking for.

The 28-year-old is now set to sign for Real Madrid, and he may not be the last player to leave Bayern this summer.

Plettenberg has claimed that Kingsley Coman could be sold, with the winger stalling on signing a new contract with the club.

Coman’s current deal runs out in 2023, and he is believed to have asked super-agent Pini Zahavi for advice about his future.

United have already reportedly submitted a financial proposal to Coman, and their offer may well have had the desired effect.

The 24-year-old is thought to be seeking financial parity with Leroy Sane, and that could prove to be a sticking point in negotiations with Bayern.

Having lost Alaba for nothing, Bayern may well be eager to avoid repeating the trick with Coman and selling him this summer would allow them to maximise his valuation.

Coman is valued at around £50 million and would undoubtedly be an excellent addition for United as they strive to build a squad capable of challenging for honours.