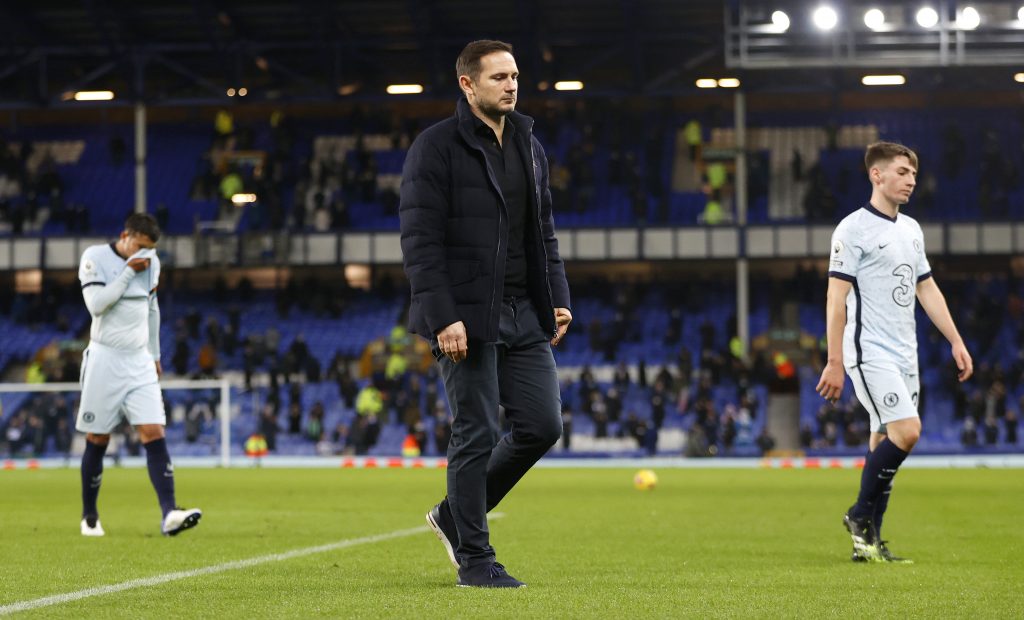 December 5, 2020 – Chelsea FC are two points off the top of the Premier League table after a 16-match unbeaten run in all competitions.

They are ‘serious title-contenders’ in the eyes of many, and considering how well they are playing, it is becoming increasingly harder to refute their credentials as proper challengers.

Fast forward nearly two months, and Chelsea are languishing all the way down in eighth place. They barely are contending for the Europa League spots now, and are getting increasingly closer to the bottom half of the table.

So, what has gone wrong for the Blues, and why have they slumped so spectacularly? Let’s try and find out, starting in the summer transfer window:

With over £200 million spent, Chelsea made a clear statement of intent following the end of their transfer ban. Investing in talented youngsters such as Timo Werner, Kai Havertz and Ben Chilwell alongside well-versed veterans like Hakim Ziyech and Thiago Silva was seen as a very smart move and, suddenly, Chelsea had one of the most formidable attacks in the league. Late on, Édouard Mendy joined the club as well to replace their faltering goalkeepers.

Only two of these new signings featured in Chelsea’s Premier League-opener as Silva, Ziyech and Chilwell were not fully fit while Mendy had not been signed yet. With a largely-unchanged side from 2019/20’s top-four finishers, they beat Brighton & Hove Albion 3-1 with Werner winning a penalty on debut.

All six of the new signings started a match together for the first time when Chelsea faced Crystal Palace in October. With over half of the side comprised of fresh faces, the worry was that they wouldn’t click immediately. A 4-0 victory was an emphatic response.

The issue, however, was the fact that most of the stand-out performers did not include the new boys. Chilwell had a great debut and Mendy wasn’t too troubled in his first few matches, but Silva made a clear error leading to a goal on debut, Havertz massively underperformed early on, Werner scored his first Premier League goal all the way in mid-October, and Ziyech was out injured for a fairly long time.

A false sense of quality

Around mid-October, things started to get much better for Chelsea’s summer imports. Werner netted for the first time in the English top-flight with a brace against Southampton, Ziyech returned to fitness and started wielding his magic, Chilwell continued to impress up and down the left flank, while Silva and Mendy were able to deal with most of the threats they faced.

With all the pieces finally falling in place, Chelsea went on a nearly month-long winning-streak from 28 October and remained unbeaten until the 12th of December. This is the bit when they were supposed to be serious title challengers.

While winning consecutively against Krasnodar, Burnley, a numerically-inferior Rennes, Sheffield United and Newcastle United is certainly not an easy task, it also is not exactly enough to consider yourself title-contenders in a league where the last three seasons saw the winners score 99 points or more.

Unfortunately, things took a turn in the direction of Kepa Arrizabalaga’s goalkeeping thereafter – it all went way out of hand.

Things were going quite swimmingly for Chelsea until the 12th of December when the Blues took on Everton and were beaten by the only goal of the match. A defeat to Wolverhampton Wanderers was followed by an important win over West Ham, but then came the real test – a big London derby.

Arsenal were way down in the bottom half of the table with no domestic wins in a month and a half, so it was only natural that Chelsea allowed them to win 3-1. That disappointment was followed by a hard-fought 1-1 draw with Aston Villa, but then Manchester City came to Stamford Bridge and put three past the Blues.

A win over Morecambe in the FA Cup was followed by a very scrappy 1-0 against the 10 men of Fulham, but then came Leicester. The Foxes eased past the Blues in a 2-0 victory last night, with Frank Lampard’s men looking typically clueless against top-half opposition. This meant that Chelsea have beaten only one of the current top 10 sides in the Premier League this season bar themselves.

In this period, Werner has gone on a two-month goalless streak in the Premier League, Ziyech has been out injured again, Havertz has continued to disappoint, Mendy has conceded more goals than the PSxG (Post-Shot Expected Goals) he has faced, and their defenders have only kept two clean sheets in the Premier League since the start of December.

The biggest problem for Chelsea at the moment seems to be in their own ranks. Lampard is clearly not utilising the resources he has to even half of their potential, and a free-spending Chelsea are not even in the Europa League spots right now.

The first issue is the fact that Lampard does not know his best line-up. He has used a whopping 26 different players this season, including eight at the sharp end. In the last two Premier League matches alone, Lampard has made seven changes to his side.

The bigger problem is that Lampard seems a bit clueless right now, especially with his new signings. There is no refuting that he did a stellar job of taking a young side to the Champions League spots in the Premier League last season, but now when he has some world-beating quality to pick and choose from, he is messing it all up.

Havertz and Werner, two of Chelsea’s most expensive signings, are proving to be the biggest flops so far. In part, this is because they probably haven’t fully adapted to the Premier League yet and are not performing as well as they should, but a major portion of the blame must also be deflected to their manager.

Let’s start with Werner – a man who scored 28 goals in 34 Bundesliga matches last season. At the time of writing, he only has four in 19 Premier League outings. The fact that he has underperformed his xG by 2.8 shows that he has been poor in front of goal, but even then, an xG of 6.8 from 19 matches is not good enough for a striker.

Well, perhaps the issue is that Lampard does not use him as a striker – he has made twice as many appearances on the left as he has made centrally. Further, at Leipzig, he played in a two-striker system with a physical partner in Yussuf Poulsen, but now he is all alone up front whenever he is deployed there.

Now for Havertz, the youngest player to reach 35 goals in the Bundesliga, but a man who has only played a part in three Premier League goals after 16 appearances. He has been deployed in four different positions this season and has only spent the full 90 minutes on the pitch on three occasions in the league this season, in part due to a COVID-19 infection, but also because he has been so disappointed.

In half of his starts since late October, Havertz has been accompanied by Ziyech. Tactically speaking, that is a very poor decision because both of those players like to operate at the edge of the final third on the right wing in possession. Here are their activity maps from 2019/20 illustrating just that:

Clearly, these two players are destined to get in each other’s way if they spend time together on the right of the pitch, but Lampard still deployed them together, and the more confident man prevailed, while Havertz’s slump continued.

Post-takeover Chelsea are notorious for pulling the trigger as far as managerial changes are concerned very quickly, and if Lampard cannot even guide them to a top-seven spot, surely his job is under serious threat. The ex-Derby County manager has the lowest points-per-game average of any Chelsea manager since 2004, while two of the last three tacticians who have left the Pensioners faced Leicester in their last Premier League match.

If Lampard does go soon, Chelsea will need to recruit a replacement quickly. Currently, the biggest managers who are out of a job include the likes of Massimiliano Allegri, ex-Chelsea favourite Maurizio Sarri and Thomas Tuchel. Of these, the German tactician seems to be the best fit.

First of all, there is a strong underperforming German contingent in the Chelsea squad which includes Havertz, Werner and Antonio Rüdiger – players who would surely benefit from his arrival. Further, Tuchel’s former captain at PSG, Silva is also in the Blues’ squad, so as far as man-management is concerned, this move would surely make sense.

Above all, though, the biggest benefit is the fact that his tactical system could well be the answer to unlocking all the potential of Chelsea’s new signings.

Tuchel often used a 4-2-2-2 system at PSG. In London, this system would undoubtedly benefit Werner who thrives in a two-striker system as aforementioned, but it might also work for Havertz. Here is how Chelsea could line up under Tuchel:

Of course, there is no guarantee that Tuchel will take Chelsea to the top of the league again, but surely a manager of his credentials is worth a shot for such a quality-packed side who are in eighth place. Whether they try to go for him or not remains to be seen, but history and even logic are increasingly pointing in that direction.