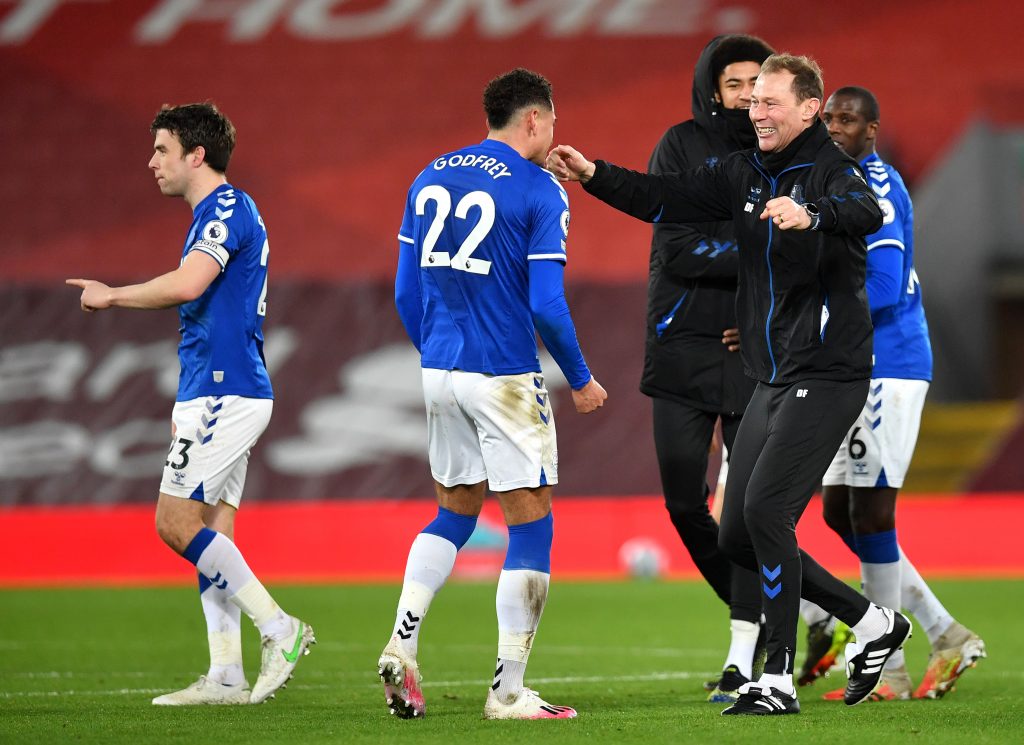 Everton picked up a morale-boosting 2-0 win over Liverpool at Anfield last night.

It was their first win away from home to Liverpool since 1999 and Toffees fans were delighted with the performance of the players.

Carlo Ancelotti’s men were well organised at the back throughout the game and converted their goalscoring chances in either half.

There is no doubt that the Toffees deserved to pick up all three points and former Premier League striker Alan Shearer has now shared his reaction to Everton’s derby win on Twitter.

The trio were excellent for Everton at the back and they helped keep Liverpool’s front three quiet throughout the ninety minutes.

Ben Godfrey has been outstanding since joining the club in the summer and it will be interesting to see if the youngster can establish himself as a top-class Premier League centre-back in the future.

The former Norwich defender has tremendous potential and working with a world-class manager like Ancelotti will help him to develop further.

The win will have given Everton an immense confidence boost and they will eager to sustain their push for European qualification.