After A Game Like That, It Makes You Proud To Be A Gooner 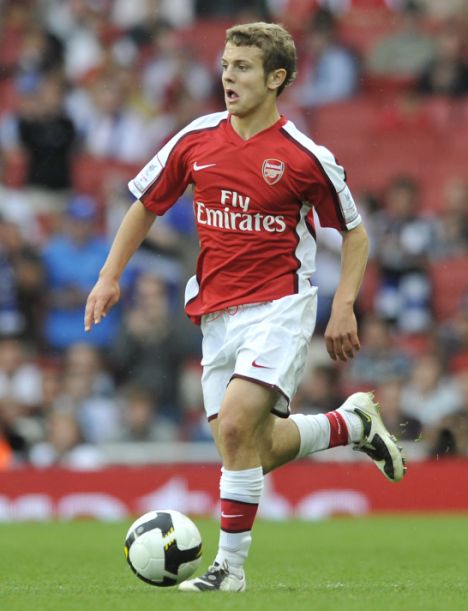 The game last night, made me and I expect everyone else, proud to  be a Gooner.

Last night, just as the Braga game, we were brilliant.

Shakhtar Donetsk, was the team I expected to challenge us, but after tonight, I believe we can beat Manchester United’s record of 20 goals in the champions league in 1998/99.

We took the lead, on the 19th minute, from a lucky goal for Alex Song. There was an awful error from the Shaktar keeper, Pyatov. He dropped the ball onto Djourou’s feet, who managed to stab the ball towards Song, who tried a little flick which was blocked. Luckily, the clearance ricochets off Song and into the net.

Arsenal’s second goal, came on the 42nd minute thanks to a goal from Nasri. Song played a great ball through to Nasri, who skipped past Kucher before firing a fierce shot past helpless Pyatov.

The third game, soon followed. And again, it was an Arsenal goal. This time, on the 60th minute, Luiz Adriano, dragged Djourou to the floor, resulting in a penalty, which Fabregas slotted away before revealing a lovely  birthday message for his mama.

6 minutes later,  Wilshere scored the best goal of the game. Chamakh’s neat flick set Wilshere on his way, who played a quick one-two with Nasri before chipping the keeper with ease.

And Arsenal weren’t finished yet. 3 minutes later, we scored our final goal, our fifth. A lovely ball over the defence from Nasri, finds Chamakh, who thinks he’s offside, as does everyone else, but is waved on, to slot the ball past Pyatov.
Shaktar managed to get one back, and surprisingly, we celebrated the goal. This is because it was scored by former Gooner Eduardo. The whole stadium celebrated the goal from Eduardo, which is another reason why I am proud to be a Gooner. We appreciated how much work he put in for us, and how unlucky he has been. I am glad his future in football is positive, and good luck to the lad.

“They are a very quick squad whose offensive players are really strong and aggressive,” Srna told The Sun. “I would say they are performing even better than FC Barcelona now.
“But we are also a good squad with strong players. Shakhtar always create lots of attacks but, perhaps, there will be less offensive action here in London.”

Well that’s the views of Shaktar player Srna before the game. Hear that Cesc?

“Maybe we’re similar in height and build, but we have different styles.
“I think he’s better than me even now, he’s playing so well at 18-year-old.
“Everyone knew he had big talent and now he’s at an age where he can show it more.”