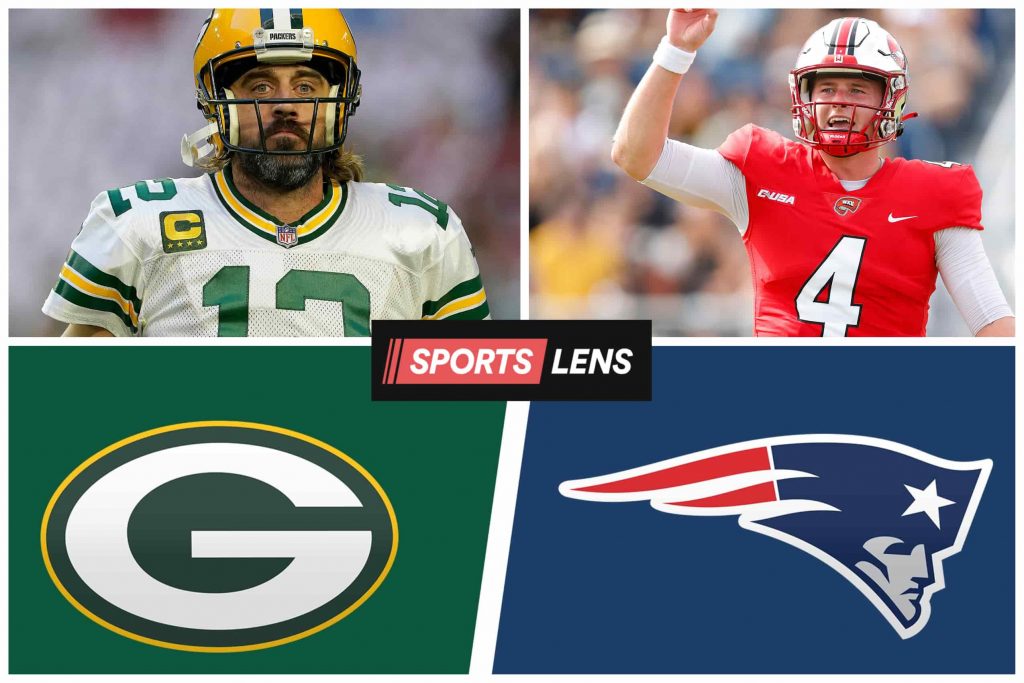 The Green Bay Packers edged a narrow contest by clinching a 27-24 over-time victory over the New England Patriots.

Four-time and current MVP Aaron Rodgers reached another staggering career milestone, joining an exclusive club as he became only the fifth player in NFL history to throw 500 touchdown passes.

Despite writing himself into the history books, one of the key takeaways from Sunday’s game came from the other end of the field, as his Patriots counterpart on the weekend, rookie Bailey Zappe, made an impactful NFL debut.

The third-string, fourth-round pick from Western Kentucky came off the bench in place of the injured Brain Hoyer to throw the first touchdown pass by a rookie in the NFL this season. This, coincidentally, is the latest a first rookie touchdown pass has occurred in a season.

Despite this, it was the Packers who ran out eventual winners, but a lacklustre first half was heavily criticised by Aaron Rodgers, who was also critical of his own performance. The 38-year-old had the lowest passer rating (11.2) of any half in any game he has started throughout his career.

Aaron Rodgers with 2 of the most perfect touch passes you'll ever see…pic.twitter.com/IBeJOFKBvR

Rogers, who is +2000 to be MVP in NFL betting, said: “This way of winning, I don’t think is sustainable because it puts too much pressure on our defense. Obviously, I’ve got to play better and will play better.

“I think we’re going to have to play a little bit better against starting quarterbacks and if our defense isn’t playing as well as they can.

“I settled in and usually don’t have two terrible halves, so I kind of returned to the form I expect from myself, and we started moving the football.”

Indeed, Rodgers would come rushing out the blocks in the second-half, registering a completion rate of 60% on 21-of-35 passing for 251 yards, two touchdowns and an interception. He was also instrumental in setting up the game-winning field goal from Mason Crosby.

The Packers are now 3-1 so far this season, and make the journey to North London to face the New York Giants this week as they become the 32nd and final team to play a game outside of the US.