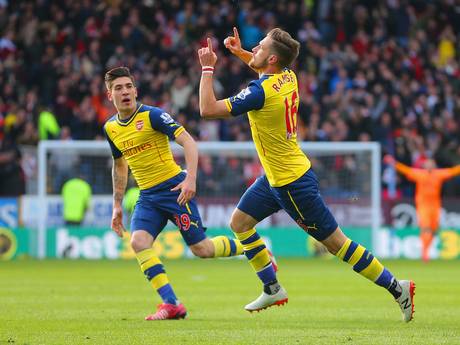 The victory makes it eight league wins on the trot for Arsene Wenger’s men, who have not recorded a similar feat since 2004.

Aaron Ramsey scored the only goal of the game and is starting to remind everyone of just how influential a player he can be for the Gunners.

The strike means that the Wales international has now been involved in five Premier League goals in his last four games, with the former Cardiff man getting on the scoresheet twice and providing three assists.

Much of the hype surrounding Arsenal’s much-improved midfield this season has been based around other players. 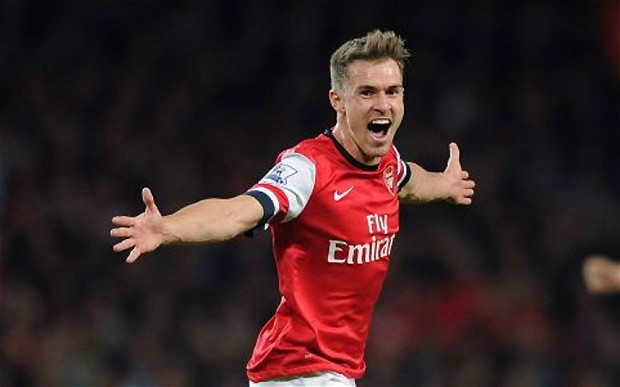 Francis Coquelin’s abrasive presence has given the Emirates Stadium outfit a top-class enforcer in the boiler room for the first time since the days of Patrick Vieira.

Santi Cazorla meanwhile has continued to pull the strings with some memorable performances from the centre of the park.

Despite these two star players complementing the goalscoring exploits of Olivier Giroud and the dynamism of Alexis Sanchez, Ramsey’s importance to the North London club’s challenge for silverware should not be overlooked.

Arsenal’s current form has them looking like a side fully capable of winning the Premier League title; the last time this happened was at the start of last season when the Gunners put together an impressive run of form.

Following a shock home defeat on the opening day of the campaign to Aston Villa, Wenger’s men played some scintillating football to go the next nine games unbeaten, eight of which were victories.

The driving force behind this title-challenging form? Ramsey.

The 24-year-old was acknowledged as the September Player of the Month for the Premier League, scoring five goals in the afore-mentioned run of victories and inspiring his team-mates with some blockbuster performances.

The Welshman was undoubtedly Arsenal most influential and dangerous player, but injuries started to take their toll.

When Ramsey picked up a thigh injury and was sidelined for a number of months as a result, the Gunners’ hopes of a title challenge went by the wayside in his absence.

Although the midfielder has also had injury setbacks this term, he looks to be getting back to his best in recent weeks.

Wenger has a key decision going forward over just where Ramsey is deployed to get the best from him.

Last term it was in the centre of midfield alongside Jack Wilshere, while recently it has been in a withdrawn role on the right, as Cazorla and Coquelin dominate centrally.

Ramsey seems to have got to grips with this role without too many teething problems and is still able to influence proceedings without playing in his natural position.

Although there are elements of playing in this role that he can improve, such as his crossing, the Welshman is starting to contribute again in the Gunners’ hopes of silverware.

It seems unlikely that Wenger’s men can reel-in Chelsea this term, but having Ramsey fit and firing next season will be essential in the North London club’s hopes of putting forward a sustained title challenge.