It is the best of times, it is the worst of times…

Football is at war. This war is being fought in boardrooms and courtrooms, in the media and in secret conversations and meetings between top officials and powerful businessmen who care far more about their longterm ROI than the game.

And most importantly, this war has little to do with the players responsible for it or the millions of fans who’ve made it possible.

Looking at the wealth and influence of the people investing in football today, you might think that they were in some way important to the future of football. Not necessarily so. They are but agents in the seemingly unstoppable commercialisation of football – and the two men responsible for actually shaping football’s future are Michel Platini and Sepp Blatter. 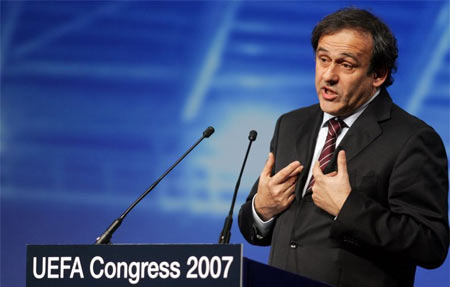 Platini was elected Uefa president based on his campaign for change and a restoration of the spirit of football – a sport that many felt was being monopolised by those who had money. You could call it tapping into a feeling of injustice (they have more money and attention than we do) or tapping into the social conscience of politicians, but Platini’s vision of democratising football won him the mandate he needed to bring about about change to football in Europe (although his affiliation to Blatter played a significant role as well).

Here’s a list of changes Platini wants / wanted to bring to European football:

Regardless of whether these steps are good or bad for football, it is clear that Platini wants to ensure that he limits the power of football leagues in order to prevent them from striking out on their own.

If Platini can get these changes agreed to on a political level, he will have changed the landscape of European football (and in some cases such as the regulation of agents, help the players as well).

There are two mistakes that we are liable to make at this stage:

One, that Platini’s proposals will genuinely help football.

There is no guarantee that they will. The player quota proposal is a sticky issue, so is the central marketing of television rights, and neither of them tackle the real issues football faces.

Two, that all of Platini’s ideas are good.

Recently (quite recently), FIFA shot down plans for goal-line technology with a view that technology was not sufficiently advanced to avoid errors and instead, opted for additional linesmen. This poses two huge problems, both of which have been discussed in depth: goal-line tech has the potential to be far more reliable than linesmen who are often not in position, and there is already a huge shortage of qualified referees, and this will perhaps lead to less competent officials forced to take field for football matches.

Platini is heavily biased against any type of modernisation in football – his traditional views offer us an insight into how he really sees football changing.

Platini is guided by his vision that football of 20 years ago was the purest form of the game, and that in his lifetime football has changed into something that is unacceptable. He has the political will and the backing to make changes to that effect and in some cases he is doing good, but the really unfortunate thing is that under his stewardship, technological additions that the *pure* game so badly needs for the present form of the game to improve will never happen.

Isn’t it blindingly obvious that by removing the major sources of arguments and complaints (incorrect decisions given by referees and linesmen) through video tech (replays or goal-line or even microchip), the game would be much better off and much fairer? The refs would get more respect, managers will focus on their teams instead of railing against refs, divers would get up and start playing again.

What’s wrong with that picture? 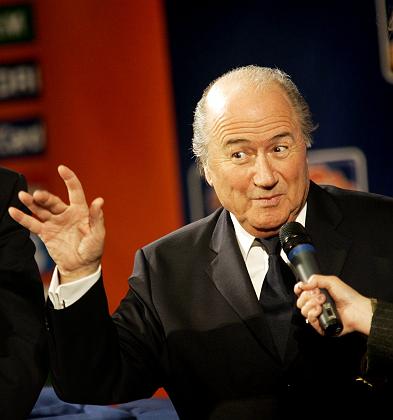 When Blatter became FIFA president on the eve of France 98 (Platini at his side, mind you) on a campaign trail that promised change and a new, more human face for football, do you know what his first major proposal was?

To have the World Cup played every 2 years. Instead of helping football, his first proposal is to do something that will make FIFA more money at the expense of the players?

This was in 1998-99 (read the source here), and reading the article I found it ironic that much of the same themes that we talk about today – player burnout, fixture congestion, the need for a winter break in England – were being discussed then as well.

If you were to take away all bias against Herr Blatter and looked at his track record in the last 10 years, what would you see?

Would you see a significant improvement in how football is being played? How have the players been helped (in terms of coping with player burnout and the transformation of the game from a sport to a job)? How has player trafficking – a problem then and a problem now – been tackled? Can the fans honestly say that it’s taken a turn for the better for them in the last 10 years?

Here’s what I see, just in the last 2 years:

This story does not have a good ending, but merely a few warnings. The first is against Sepp Blatter – even if half of the allegations against him are true, the beautiful game is being governed by a corrupt and greedy individual for whom the preservation of power holds a greater importance than the good of the game.

The second is against Michel Platini – his partnership with Blatter, albeit not in the limelight – suggests that his main goal is not to restore football’s spirit but to reduce and limit the power of football clubs and football leagues and shifting that power to organisations like Uefa and Fifa.

The third is against the devil that is our self-righteousness. It would be hypocritical of me to say that there should be no money in football since the battle is not against money, it is against the wrongful use of money. Whether each football club should have an even chance (as much as possible) of winning the league / cup is a matter for debate – however, that’s got nothing to do with money and a lot to do with the power men are after. The danger of going after money, as we’ve seen with Platini, is that a lot of good things are thrown out with the bathwater.

For football to regain its spirit it must also move forward and cure the ills of yesterday – the dangerous tackles, the inconsistent decisions, the shady role of agents, fixture congestion, player fatigue, the decline of the international game, and so on. This can’t be done by restricting the power of football leagues, and this can’t be done by trying to take the money out of the game.

It will only happen once enough people in charge of the game work for football instead of using it to further their own visions of how the world should be.

And this shift in perspective will not happen in Platini’s time, and I doubt it will happen in the future either. We are, for all intents and purposes, stuck with the football we see today, and it’s time to make the best of it.