Five-a-Side Football: Rules, Tactics and Where To Play 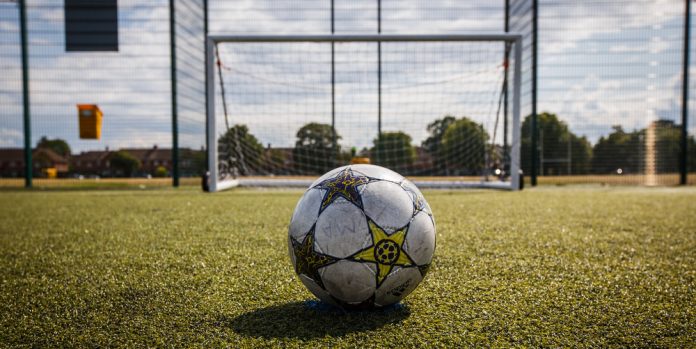 Arguably the most popular of the many variations of football, five-a-side is played with two teams of five players (four outfield players and a goalkeeper) on a smaller pitch, with smaller goals and with a reduced game time.

5-a-side matches can be played indoors or outdoors (the latter on AstroTurf or artificial grass pitches), which are often inside cages or surrounded by barriers to prevent the ball from leaving the playing area, thereby keeping the game flowing at a fast pace without the need for throw-ins or corners.

As of 2014, over 1.5m people across the UK play ‘small sided football (including five-a-side) every week, with 30,000 teams playing in organised leagues. A game for all seasons, the game of five-a-side requires careful tactics to master, and for someone new to the sport, the rules can take a little getting used to.

In 5-a-side, the penalty area is vastly different to eleven-a-side football. A semi-circle in shape, no player is allowed to touch the ball in the box other than the keeper of the goal, and he or she is unable to leave it during play. Goalkeeper distribution must be via their hands (although the keeper is permitted to save with their feet) and there is no offside rule.

Headers are also forbidden in five-a-side football, with all rules geared towards the game being played at a fast pace on the floor.

Futsal, the version of five-a-side in which the Brazilian Falcao was made famous, is the only official version of the sport governed by a sporting body. Other versions include ‘Indoor Soccer’ which is a six-a-side game, ‘Beach Soccer’ which is played on a sandy surface and ‘Seven-a-side’. 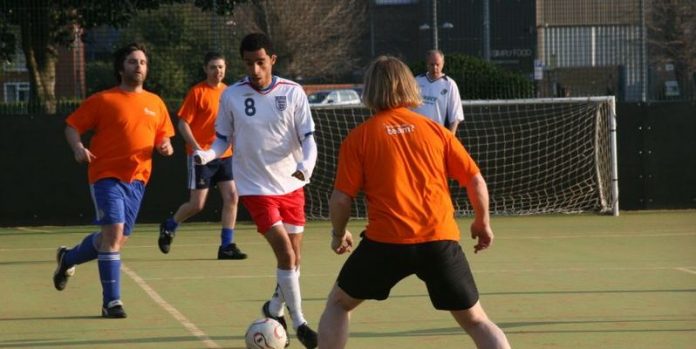 With only four outfield players, tactics are everything on the five-a-side pitch. It goes without saying that, at all times, there needs to be at least one player providing an attacking outlet, and at least one solely concerned with defending. Without either one of these key principles, you and your team will be hugely vulnerable.

With the 5-a-side game being so open and fast-paced, it is very common to have players constantly switching positions to suit the flow of the game, provide cover or add extra pressure in an attack. But while a game of five-a-side sees players change positions, a formation is also vital.

There a number of formations utilised by five-a-side teams, with the most commonly used being ‘The Box’. This is two attackers and two defenders in the shape of a square, with this formation allowing for an easy balance between the forward and defensive lines. 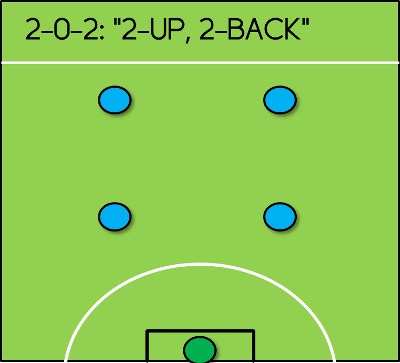 Another common formation is ‘The Pyramid’, with one attacker, one roaming midfielder and two defenders. This lineup is useful as it allows the attacker at the head of the pyramid to remain further forward and provide a game-long outlet for the other three players.

‘The Y’ formation is a reverse of the pyramid and good for when goals are required, with teams often changing to this formation when behind in a match.

‘The Diamond’ formation has two midfielders, one defender and one attacker. The midfielders are key to the success of this particular formation as they provide the vast majority of support to the attacker and defender. Good stamina is required!

There are a number of different companies that supply five-a-side pitches in the UK, with Goals certainly the most popular (see our Goals Football review).

Those familiar with five-a-side will surely have got together with their mates at some point to work out which current football stars would make up the ultimate team. Key attributes for five-a-side include tremendous stamina, a bullet shot, aggression and the ability to be a utility man. That doesn’t mean that James Milner would walk into the side, but he certainly should be considered! Someone like Nemanja Matic, meanwhile, wouldn’t be much use.

Certainly the best potential five-a-side player around at the moment would be Wayne Rooney. Comfortable in a number of positions, hard in the tackle, a striker by nature and aggressive to boot. He would walk into my team. 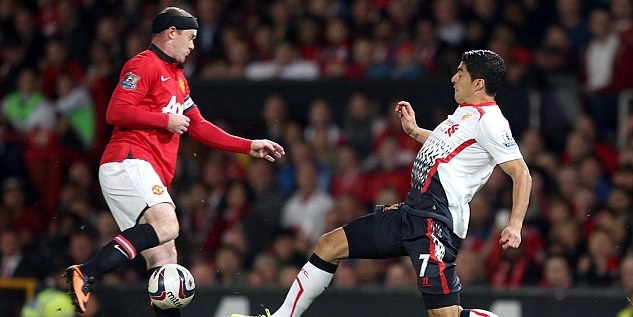 As would Barcelona man Luis Suarez. His tenaciousness is world-renowned, as are his goal scoring exploits. He’d be a terror in the cage! Suarez’ Barca teammate Neymar would also thrive in a five-a-side game, with the Brazilian a master of tricks and flicks.

David Luiz should be considered. The defender has all the right attributes to succeed on the small pitch, and would be a monster at the back (or in midfield). Other candidates would be Manchester City defender Aleksandar Kolarov, Bayern Munich man Philipp Lahm and Ream Madrid youngster Raphael Varane.

In goal, someone like Marc-André ter Stegen fits the bill, as does Tottenham keeper Hugo Lloris.

While most people would assume that former Chelsea and Manchester United striker Radamel Falcao is the most accomplished Falcao in football, the Brazilian version is actually the most successful across the many variants of the beautiful game, smashing in goals for fun and using his immense box of tricks to bamboozle defenders from all over the world.