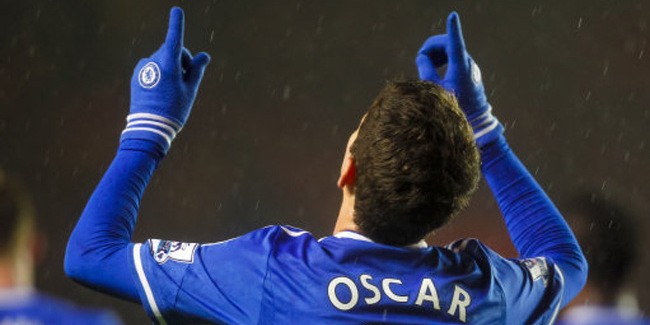 When Jose Mourinho decided to cash in on ‘bench-warmer’ Juan Mata to the tune of some £37m or so of Manchester United’s money, it was with the stated intention of building his team around his preferred ‘number ten’, Oscar.

However, the latest Chelsea transfer news is that PSG, flush with Qatari oil money, are preparing to throw an expensive spoke in that particular wheel with a £40m-plus offer for the 22-year-old Brazilian playmaker. 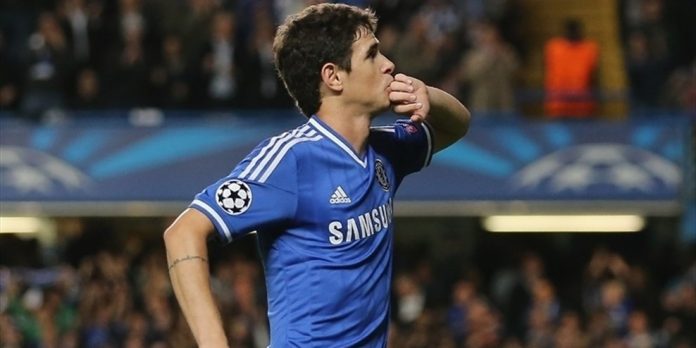 The extravagantly skilled Brazilian joined Chelsea in July 2012, and was originally set up with Juan Mata and Eden Hazard to become what was known as ‘the three amigos’ last season.

However, the then incoming Chelsea manager Mourinho very quickly identified Oscar as very much the prime candidate for the central role, and although he has missed a couple of games recently, joining from the bench usually, the manager has kept faith with him in this role.

It’s something that has been amply rewarded as Chelsea sit some seven points clear at the top of the league. In his 27 games of the current campaign to date, Oscar has contributed half a dozen goals, but significantly created a further 36 chances for his team-mates.

PSG are thought to strongly favour a move for the player, but should he be signed, regulations would require them to move on another non-EU qualified player. This could be neatly solved however if they chose to move on Edinson Cavani to Chelsea, or even to Manchester United, should the widely-reported bid for the player arrive from Old Trafford.

Although £40m looks like a lot of money, and always having an eye on the FFP regulations, plus a well-documented desire to acquire a top-line striker in the summer, Chelsea have already pocketed the £37m from United for Juan Mata, so will not be in particularly dire need of PSG’s lucre.

The player still has three years left on his contract at Stamford Bridge, and Mourinho – although never shy to sell a player if he thinks the value is right – is unlikely to want to trade.

Even if PSG receive anything like a positive response from the Blues that they may be prepared to listen to offers, other complications may arise. It’s understood that both Barcelona and Monaco covet the player, and would be interested if there was any encouragement.

From a Chelsea perspective, it’s unlikely that they would entertain anything short of an outlandish offer for Oscar and, given current market trends, £40m is probably not that. Oscar remains a pivotal part of the Chelsea squad and Mourinho will want to remain the case for some time yet.