Chelsea’s Juan Mata is expected to complete his eye-watering £37m move to Manchester United in the coming hours, with speculation now centering on the Blues’ potential assault on the transfer market for a direct replacement. 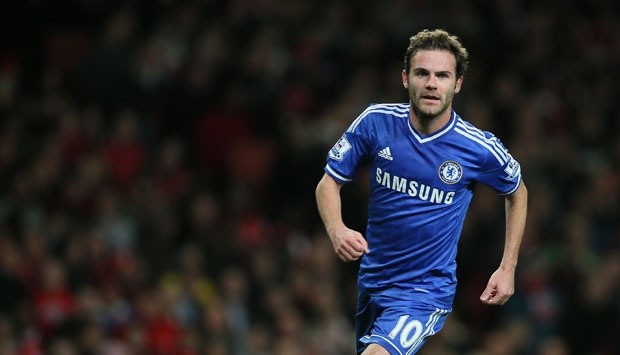 Jose Mourinho has insisted that Chelsea will take a back seat this January, but considering the big-money purchase of Nemanja Matic last week, and the fact that the Blues will be light on attacking midfield options once the day is out, it is no real surprise that Chelsea are now firmly in the transfer rumour spotlight.

In the last 24 hours, Chelsea have been said to have attempted to hijack Liverpool’s bid for Mohamad Salah, with Arsenal target Antoine Griezmann also rumoured to be on the radar.

Read More – Chelsea to muscle in on Liverpool’s Salah deal?

But it is Schalke’s Julian Draxler, long-term Arsenal target and German wunderkind, that would arguably be the ideal recruit for Chelsea following Mata’s exit.

The 20-year-old has been perennially linked with a move to Arsenal, with The Sun reporting that the Gunners have recently offered £20m plus Lukas Podolski to secure the German.

While Arsene Wenger has rubbished the idea of the attacker coming to the Emirates this month (via ESPN), the Daily Mirror have reported that Arsenal representatives are to fly to Germany to hold talks with Schalke officials.

It is clear that the Gunners are firmly in the driving seat at present; but that hasn’t stopped Chelsea before.

Only last summer Chelsea stole in at the death to snatch Brazilian midfielder Willian from the clutches of London rivals Tottenham, making him their biggest summer signing in a £30m deal.

After a slow start, Willian has turned out to be one of the signings of the summer, with his rampant energy, flair and drive affording him a regular spot in the Chelsea first XI, at the expense of Juan Mata.

With both Kevin De Bruyne and Juan Mata leaving Stamford Bridge this month, Mourinho will have only Andre Schurrle as attacking midfield backup on the bench, and a move for further reinforcement would arguably be wise considering that the Blues are still going strong on three fronts.

Draxler is the brightest German prospect around at present, and his displays for the last few seasons have led to some of the world’s biggest clubs looking closely at his progression.

Named one of the ten most promising players in Europe by the Guardian this month, Draxler is an explosive attacker capable of moments of pure genius. His vision, touch and poise are quite exemplary, and he is has all the attributes to become one of the world’s best players in the near future.

Predominantly deployed on the left-wing, Draxler is however two-footed, and can be utilised anywhere along an attacking midfield three.

With this in mind, it is ironically Willian who would find his place in the side under threat, despite his excellent form of late. Yet, with Oscar still only young, he could easily be rotated to great effect with a player of Draxler’s ability.

Standing at over six feet tall, and with decent upper body strength, there have also been rumours that Arsene Wenger is looking to turn the player into a striker if he signed for Arsenal (via the Metro).

Considering Chelsea’s striker problems over the last few seasons, Draxler could not only be a replacement for Mata, but also a long-term option up front.

With the sale of Mata and De Bruyne, and the purchase of Matic, they will have made a profit of £32m this month; ample funds to use in a bid for an attacking midfielder.

There will be pit-falls in a pursuit for the youngster, with Schalke still desperate to hold onto the player, and the reported presence of a mysterious buy-out clause in the player’s contract, but if Mourinho wants an exciting young star to add to his squad, he should really look no further than Julian Draxler.

What do you think? Would Draxler be the ideal replacement for Mata? Let me know in the comments below…