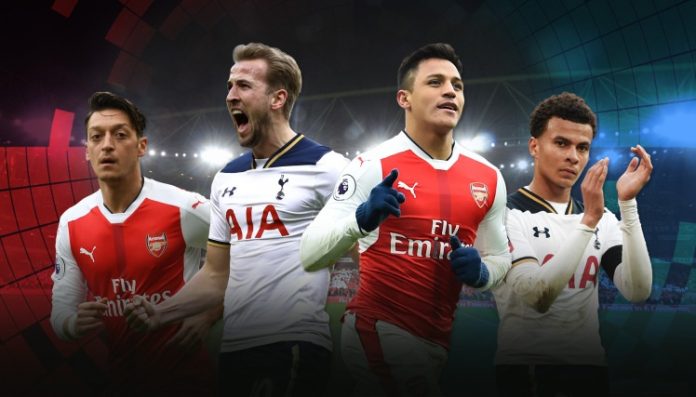 Tottenham travel to Emirates for the North London Derby against Arsenal this weekend and the visitors will be hoping to extend their fine run of form with a win.

Pochettino will be determined to challenge for the title once again and a win over Arsenal could give his side the confidence and momentum needed to put together a winning run.

Meanwhile, Arsenal have been formidable at home recently and this will be a must-win game for them. The Gunners are struggling to keep up with the big guns and they could use a morale-boosting result here.

Here at Sportslens, we look at the three possible reasons why Spurs are favourites to secure the three points.

Tottenham have the best defensive unit in the country right now. Pochettino added Aurier and Sanchez to an exceptional defence during the summer and the Londoners have improved further.

Arsenal have a fantastic attacking trio at their disposal but they are lacking in form and cohesion. Spurs should be able to shut down the home attack without too much difficulty.

Tottenham have the best striker in the league and Kane has a terrific record in the derby games.

The England forward is an exceptional poacher who will make the chances count. Spurs have the quality to contain Arsenal and then hit them on the break just like they did with Real Madrid earlier this season.

Kane is likely to get chances against an inconsistent Arsenal defence and he is more than capable of putting them away.

Arsenal have often struggled to deliver in the big games over the years. Spurs have had a similar problem but that seems to have changed this year.

Wins over Real Madrid, Dortmund and Liverpool show that they are learning how to cope with the best teams. Spurs also have the form and confidence to go along with their improved maturity as a squad.