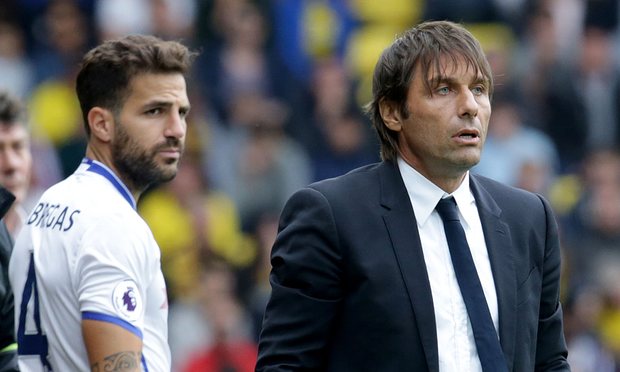 There’s no better feeling than proving people wrong and that’s exactly what Chelsea’s Cesc Fabregas did with distinction on Tuesday night. After being dropped in all of the 5 Premier League games thus far, the Spaniard was given his chance from the start against Leicester City in the EFL Cup third round. With 2 goals and an assists in a come-from-behind 4-2 victory for the Blues, there was little doubt that he was well and truly the man of the match. 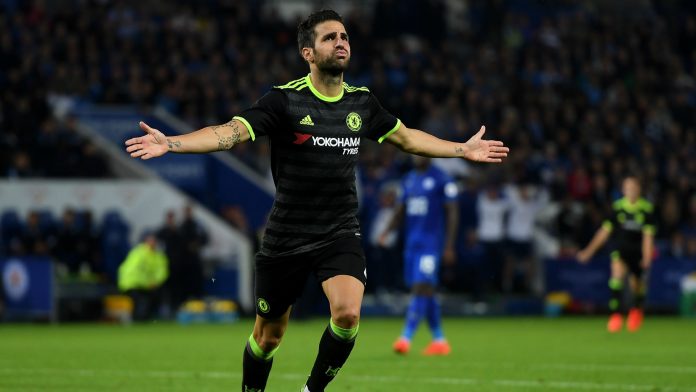 Looking forward to the game on Saturday against his former side Arsenal, Fabregas’ place in the starting XI is hardly assured. Chelsea may have struggled in their last couple of games in the league, but Antonio Conte has shown a stubbornness to stick with a system excluding his midfield maestro in the side.

On the face of it though, there is no doubt that Fabregas must start. Here are 3 of the biggest reasons why:

1) The only source of creativity from midfield

Simply put, Chelsea have no one to create something out of nothing apart from Eden Hazard and Fabregas. In central midfield, N’Golo Kante, Nemanja Matic and Oscar may be hard working and industrious, but creativity is not a strong suit with any of them.

Chelsea’s number 4 is not only the best passer in the side, but also one of the best in the whole of the league. Leaving him out is sacrificing the biggest source of imagination and vision at their disposal. Fabregas simply has to be given more playing time if the Blues have to unlock stubborn defences, which Arsenal’s backline certainly is.

2) He’s better than Matic in the current system

Conte has been adopting a 4-1-4-1 formation, rather than the 4-2-3-1 that his predecessors have preferred. Kante sits in front of the defence, while Matic plays further forward and sees a lot of the ball in the final third. The Serbian may be adept at tackling and distribution, but is certainly nowhere near as good as Fabregas at threading balls through to the forwards.

One might say that Matic’s presence provides more defensive cover to the side, but seeing that Chelsea have kept only 1 clean sheet in their 5 games, that’s an argument that falls flat. Playing Fabregas will actually see the Blues have more possession and ball control in games, along with a much better chance of forging their way through teams.

3) He brings out the best in Hazard and Costa

Eden Hazard and Diego Costa are the two players that Chelsea always turn to for coming up with the goods in front of goal. The duo has been unstoppable when on song in the last couple of seasons, and so Conte should be doing everything possible to facilitate their capabilities to excel.

Costa becomes a different player with Fabregas on the pitch, running off defenders and latching on to balls over the top from his Spanish compatriot. This is exactly what happened against Arsenal two seasons ago, when a 50 yard-pass from the midfielder was finished off by Costa to kill the game. The forward is usually very good at beating the offside trap, and Fabregas’ instinct and ability to play the through-ball will only make him thrive further.

Hazard and Fabregas link up supremely well, and their inter-passing is an absolute pleasure to watch. It was this combination that bore fruit against Leicester City in Chelsea’s third goal, when Fabregas finished superbly from a Hazard back-heel. Their skill on the ball is second to none, and when combined, they can create magic. 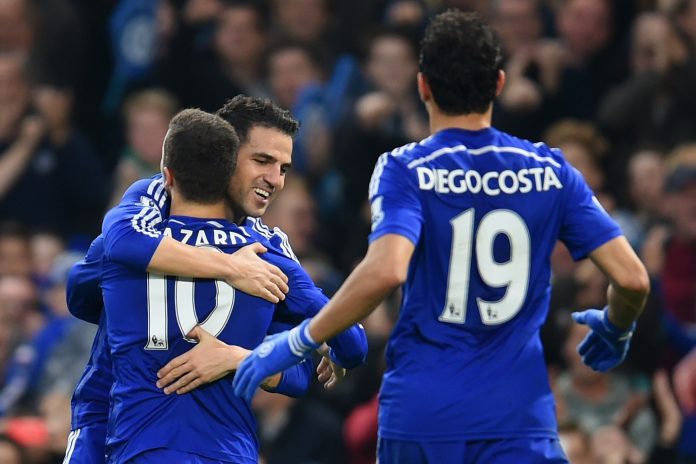 It remains to be seen if Fabregas has done convince Conte to give him a starting place against Arsenal. As far as I’m concerned, he more than merits it and could make all the difference on Saturday if given the opportunity.