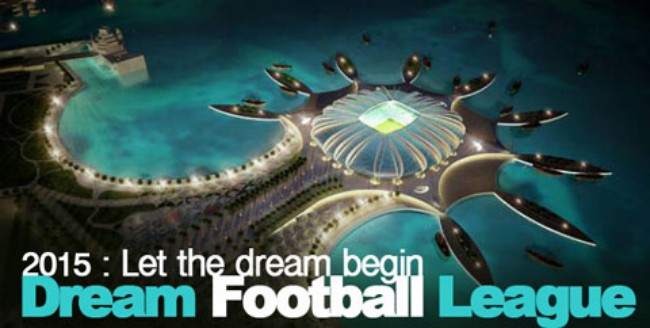 “EXCLUSIVE!” cried the Times newspaper yesterday as its chief football reporter Oliver Kay ran a 3 page story claiming that the worlds leading football clubs would be offered enormous financial inducements to participate in a 24-team tournament every two years in Qatar and neighbouring Gulf states.

Quite an audacious scoop you might think, and one that you would assume would have solid footing beneath it.

Not quite so. The startling initiative was called into question by Yahoo’s Eurosport who claimed that the story originated from a spoof article on the French site Les Cahiers du Football. A quick read through Les Cahiers du Football’s article, and the number of similarities with Kay’s piece is rather curious.

For now, Oliver Kay and the Times vehemently stand by their exclusive as authentic, while on the other side, Les Cahiers du Football insist that their original article was a thing of make belief. Unless someone blinks the story will likely be buried by the next fantastical rumour that surfaces.

So, in order to break the stalemate, and doing what can only be described as a noble service to sports journalism, the only logical thing to do would be to come up with 3 outrageous ideas of my own, that if implemented, would revolutionise football.

Each idea will have a slither of believability to it, (or not depending on your imagination) then we will see if anyone bites and ends up publishing any of the ideas in a respected news outlet.

For competing in this Super League, Europe’s “big clubs” will be lavished with even greater financial excesses than they already receive in their respective domestic divisions. And, in order to keep this club of the elite absolutely exclusive, there will be no promotions or relegations once the chosen few have been formally selected. This will ensure the riffraff is kept firmly locked out.

The self entitled elite however, will be able to compete in their respective domestic cup competitions, which will be a ploy simply designed to maximising resentment between the haves and haves not.

The real Galatico’s Football League. Real Madrid might make claims to the namesake, but now its an outer space reality. Sponsored by Virgin of course, at the end of each season, 22 of the worlds best players will be hand picked by a committee of Russian Oligarchs and Qatari Royals, chaired by Richard Branson.

The would-be astronauts are then launched – against their will – into space to compete in a one off exhibition match at the international space station to see who is the greatest player, not only on earth, but in the Galaxy. Are you listening Leo?

The players will have to adapt to the lack of gravity and the infinite boundaries that is space. The sole incentive to win the game would be return tickets for the victorious 11. While the defeated will be forced to remain in the space station, waiting in orbit until the next year’s contenders are dispatched from Earth.

The socialist League, affectionately known as the “Chavez”. To stem the widening gap between the big four of the Premier League and the rest of the down trodden, a 1990 salary cap will be introduced, meaning no footballer will earn more than the average salary of a player from the pre-Premier League era.

Which, by my calculations is about 50 quid a game. All of the revenue that the league brings in i.e., the distribution and sales of TV rights will be split equally among all of the teams in each of the divisions, instead of those just in the top tier.

And there you have it. Three exclusive scoops in waiting. I encourage you to forward to Oliver Kay, and to add your creative ideas in the comments section below.