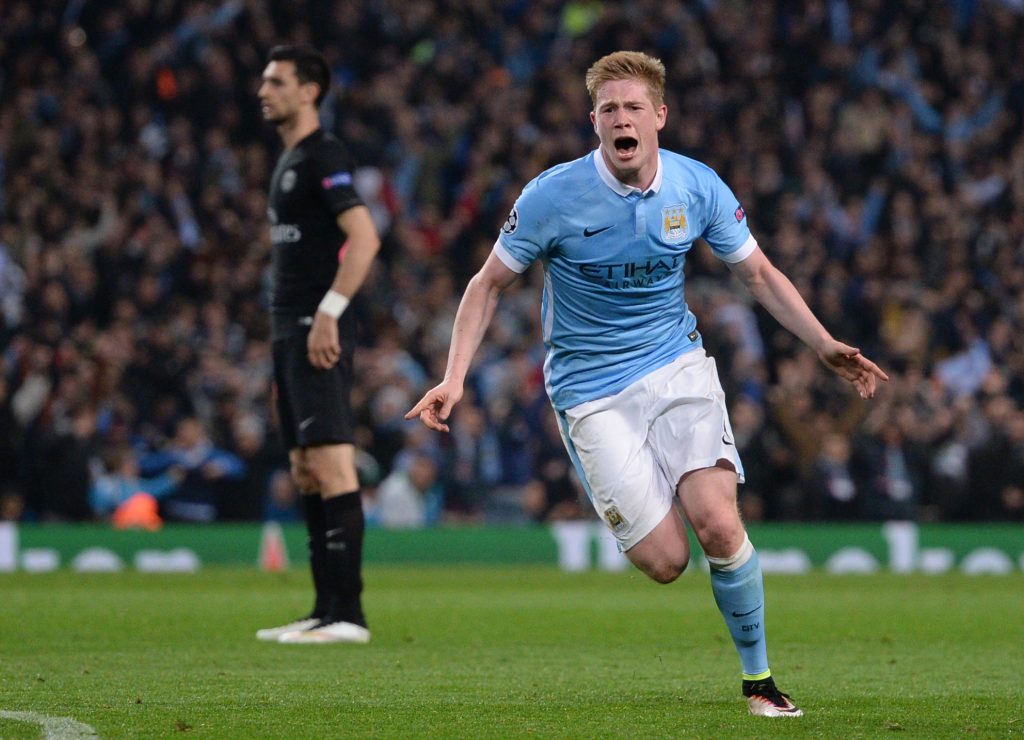 We’ve reached the semi-finals of the Champions League, after a thrilling round of quarter-final ties.

Holders Bayern Munich are out following a tense encounter with Paris Saint-Germain, while Manchester City were given a scare before emerging victorious against Borussia Dortmund.

Real Madrid returned to the final four after two years of early exits, and Chelsea saw off underdogs Porto to reach their first Champions League semi-final since 2014.

Up next are some more exciting clashes. PSG face Man City while Real Madrid meet Chelsea.

The final four teams have all gained reputations over the years for spending big. In the wake of the COVID-19 pandemic and its subsequent financial impact, success in this tournament could be key to generating revenue and attracting top-quality players.

In anticipation of these games, here are the previous meetings between the sides.

It may seem like a long time ago now, but these two were once deemed not good enough for the Champions League. Back in the 2008/09 season, they met in the UEFA Cup group stage.

This was before the days of Sergio Aguero and David Silva – back when the Etihad was still known as the City of Manchester Stadium. Yep, a while ago.

That’s not to say there weren’t some familiar names. Vincent Kompany was on the team sheet for the Cityzens, albeit in central midfield alongside Stephen Ireland. Joe Hart was in net, Pablo Zabaleta at right-back, and a young Daniel Sturridge was on the wing.

On the opposite side, the standout name is World Cup finalist Claude Makelele, captaining Les Parisiens.

The game was not so exciting, finishing 0-0. Man City ended up topping the group, while PSG also progressed. Both sides reached the quarter-finals of the tournament before crashing out.

More recently, the two met in the quarter-finals of the Champions League in 2016.

The first leg was an enthralling fixture in Paris, with the scores ending at 2-2. The hosts were awarded an early penalty after Bacary Sagna’s foul on David Luiz, but Zlatan Ibrahimovic’s penalty was kept out by Hart.

In the closing stages of the first half, Kevin De Bruyne gave Man City the lead, tucking home from Fernandinho’s pass. However, this lead lasted just four minutes before Ibrahimovic netted a freak equaliser.

PSG took the lead on the hour mark through Adrien Rabiot, tapping home on the rebound from Edinson Cavani’s header. But the English side kept fighting and managed to find a second away goal when Fernandinho’s close-range strike found the bottom corner via a deflection.

In the return leg, Man City had a chance in the first half to give themselves a commanding lead when Sergio Aguero was brought down by Kevin Trapp. However, the Argentine squandered the opportunity, placing his penalty wide.

Thankfully for Manuel Pellegrini’s men, this did not prove costly. De Bruyne netted the only goal of the match and his second of the tie, brilliantly curling in from outside the box.

That was the last time Man City won a quarter-final tie until Wednesday night against Borussia Dortmund.

Real Madrid have done almost everything on the European stage. They’ve won a record 13 European Cups/Champions Leagues – the next highest is AC Milan with seven. On top of this, they have two UEFA Cups and four Super Cups.

One thing they haven’t done, however, is beat Chelsea, drawing one and losing two of their three previous meetings.

The first of these came in the 1971 European Cup Winners’ Cup final. Blues legend Peter Osgood gave his side the lead in the 56th minute with a left-footed strike from 12 yards out.

However, with seconds remaining, the Spanish giants managed to find an equaliser. Defender Ignacio Zoco stabbed home from close range to force a replay.

Chelsea were not made to rue that late goal as they claimed the trophy in the second leg. John Dempsey scored an excellent volley to put his side ahead, and Osgood made it 2-0 before half time.

Los Blancos threatened another late comeback when Sebastian Fleitas pulled one back with 15 minutes remaining, but they could not find a second goal, ensuring that Chelsea lifted the trophy.

The two sides met again in the 1998 UEFA Super Cup. Real Madrid went into the game as favourites, having won the Champions League just months earlier.

Nonetheless, Chelsea emerged victorious again. In the 83rd minute, Gus Poyet slammed home into the bottom corner from the edge of the box following Gianfranco Zola’s lay off. This was the only goal of the game.