It’s been a strange summer. Given that last season saw the Premier League’s top teams treat first place like a hot potato, and given that Manchester United’s relatively turgid trudge over the finishing line ahead of a resurgent but technically limited Chelsea, a cautious-bordering-on-paranoid Manchester City and Arsenal’s theatre de l’absurd, one might have expected the world’s richest league to have buzzed with transfer activity.

Alas, the great yawn that is Barcelona’s yearly pursuit of Cesc Fabregas began in earnest way back in May and is still far from over. Like a besotted celebrity mistress, the Catalan club’s desperate overtures – to a player who would certainly count amongst their best subsitutes were he to finally nod a cheeky Hispanic acquiescience – have been systematic, repetitive and very, very public. It has made for excrutiatingly dull reading for neutrals but there simply hasn’t been much else to supplant it.

We could discuss the finer points of FIFA’s new financial fair play regulations and their effect on the spending habits of England’s richest clubs but that’d all be a bit boring for a Premier League season preview, so, in an effort to cut straight to the chase, here is my prediction for the Premier League table with a special focus on The Top Six:

1. Chelsea – No new playmaker to light up last year’s dull-as-dishwater midfield, but a return to the grinding, mechanical victories under Mourinho allied to the subtle and full integration of stars like David Luiz and Ramires.

3. Manchester City – The squad could compete for the title were Mancini to allow them just a little more freedom going forward. As it stands, they are now consistent enough to displace Arsenal, as they proved last season.

4. Liverpool – I’m basing this on the assumption that Kenny Dalglish is smart enough to know that Charlie Adam and Stewart Downing are great options for Fulham at home, less so for Chelsea away, where they’ll need their Lucases and Meireleses.

5. Arsenal – Didn’t sign any of the players they needed. Even if they keep Cesc, it’s hard to see them mounting a serious title challenge once those frosty December nights in Stoke kick in. A good bet to win one of the cups, though.

6. Tottenham – Fantastic team, not such a great squad. Little was done in the transfer window to boost the depth of the squad. Expect them either to fall away late on or have an inconsistent start.

7. Fulham – Martin Jol has a solid record of turning OK sides into decent ones. Expect the same this time around, though it’ll be a bumpy ride.

8. Stoke – Their consistency, physicality and inhospitable home ground are unchanged under Tony Pulis. They have the right ingredients to finish near the top of the mediocrity once again.

9. Everton – Expect the usual ‘David Moyes has taken them as far as he can’ comments around December, before the usual resurgence before the end of the season hoists them within touching distance of Europe before one or two other teams get their act together and they have to settle for top-half respect.

10. West Brom – Peter Odemwingie not leaving the club is already fantastic news and should ensure a full season (mostly) free of the stress which accompanied Roberto di Matteo’s reign.

11. Bolton – The usual dourness. Fabrice Muamba finally breaking into the England squad and the occasional superman performance from Kevin Davies will be about the most exciting things to happen here.

12. Sunderland – Expect the freebies from United to blend inconspicuously into an infuriatingly inconsistent side. Never a worry for relegation, but will never quite mount a challenge for Europe either.

13. QPR – The three promoted sides all play open, attractive football. QPR look the most likely to adapt to a more robust attitude when the situation requires it and should do quite well.

14. Newcastle – The usual ups and downs. The Alan Pardew era should be one of relative financial restraint, meaning less broken dreams, but perhaps less fun along the way too.

15. Blackburn – Just about strong enough to avoid a last-day battle like last season, but they will teeter.

16. Aston Villa – The loss of their star player, Young, and their star performer, Downing, has not ben offset by investment in a mediocre squad. They could really struggle, with the quality of youngsters like Marc Albrighton being enough to keep them up.

17. Wigan – They’ve lost Charles N’Zogbia and Tom Cleverly, but with Ali Al-Habsi and Hugo Rodallega remaining at either end of the field, they should have just enough to carry on in the Premiership for another year.

18. Wolves – Lucky to have stayed up last year, this time around they will probably be just edged out.

19. Swansea – It’s a fantastic achievement for them to even be here – there will be some great highs but ultimately we can expect another Blackpool here.

20. Norwich – As above, although relegation for a club which has the taste of Premier League football still relatively fresh on its lips might hurt more than for their Welsh companions from the Championship. 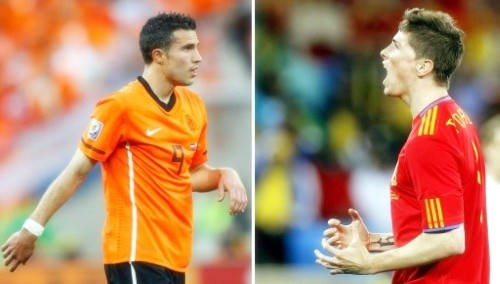