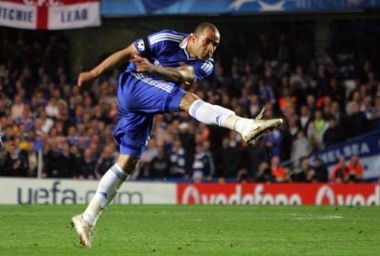 We recently listed the best performing fantasy players in the Soccerlens Fantasy Football Game, and the top 10 featured a lot of familiar faces. Chelsea’s Didier Drogba, Manchester United’s Nani, and so on. Not a surprise, and most players know these players will deliver value. For example, Didier Drogba featured in 66% of all teams in week five.

But if everyone in Soccerlens Fantasy Football is picking the same big name players, then everyone’s scoring the same amount of points. So to gain a competitive edge in your weekly league and take the prize money, you need to know the less heralded players who are picking up points. Below you’ll find a list of 10 unsung heroes. Players who are picking up respectable fantasy football points, but don’t have the superstar name recognition of Didier Drogba, Cesc Fabregas and so on.

1. Carlos Salcido, Fulham, Defender
Mexico’s right back has been in the tabloids for all the wrong reasons recently, but had a solid World Cup, but after joining Fulham from PSV in late August (does that count as a step up now?) Salcido registered an assist on his debut and a clean sheet in his second appearance. He currently averages five fantasy points per game for The Cottagers.

2. Vincent Kompany, Man City, Defender
Kolo Toure may be better known, but Vincent Kompany has been ever-present in a Man City defence that’s registered four clean sheets in the first seven weeks of the Premier League. Every clean sheet is worth four points, plus Vincent Kompany’s occasional presence in midfield offers opportunities for assists.

3. Alex, Chelsea, Defender
With Ricardo Carvalho gone, Alex (pictured above, mid-strike) has been getting plenty of playing time in the heart of Chelsea’s defence. That means clean sheets galore (five in seven weeks) plus the occasional long range strike with enough power to light a city. Alex’s clean sheet plus goal combo added up to a whopping 11 points in week six.

4. Johan Elmander, Bolton, Striker
The Trotters may not be the most prolific scorers in the Premier League, but when they do make the net move, Elmander is involved. In seven games the Swedish striker has registered four goals and two assists, worth three points each.

5. Stewart Downing, Aston Villa, Midfielder
Stewart Downing might be the dictionary definition of unfashionable, but three goals from midfield in seven games is nothing to sneeze at. Flick back through that dictionary a few pages and you’ll find Downing is also listed under productive.

6. Ali Al Habsi, Wigan, Goalkeeper
Omanian goalkeeper Al Habsi replaced the injured Chris Kirkland between Wigan’s goalposts in week three, and has been so impressive he looks like keeping the gloves permanently. Those performances have translated into points with three clean sheets in the last five weeks. Clean sheets are worth four points each, though they should arguably worth more when keeping them for Wigan Athletic.

8. Luke Varney, Blackpool, Striker
Luke Varney has been arguably the biggest surprise in the Premier League this season. The 28 year old striker is on loan to Blackpool from Championship side Derby County, but has scored two goals and three assists in just five games, including one of each in week seven for an eight point haul.

9. Darren Bent, Sunderland, Striker
Bent doesn’t get the salivating kudos that flows the way of Didier Drogba, but that hasn’t stopped him scoring five goals in seven games. Bent is fourth top scorer in the Premier League right now, and as Sunderland’s penalty taker those goals should keep on coming. While other fantasy football managers are waiting on Rooney and Torres, you can get points by getting Bent.

10. Matthew Etherington, Stoke, Midfielder
No goals for left winger Etherington so far, but he’s been good for four assists in the last four gameweeks. It probably helps having big fellas like Kenwyne Jones and Robert Huth to aim at, but if you’re looking for a low-rent, left-footed David Beckham for your fantasy football team, Etherington’s your man.

There’s no fantasy football this weekend because of the international break. But get a good luck at the above list and start thinking about your Soccerlens Fantasy Football team for gameweek eight. You can play at the Silver level for $4.99 and compete for $40 prize money, Gold level for $9.99 and $80 prize money, or Platinum level for $24.99 and $200 prize money. Games are weekly so there’s no long term commitment.