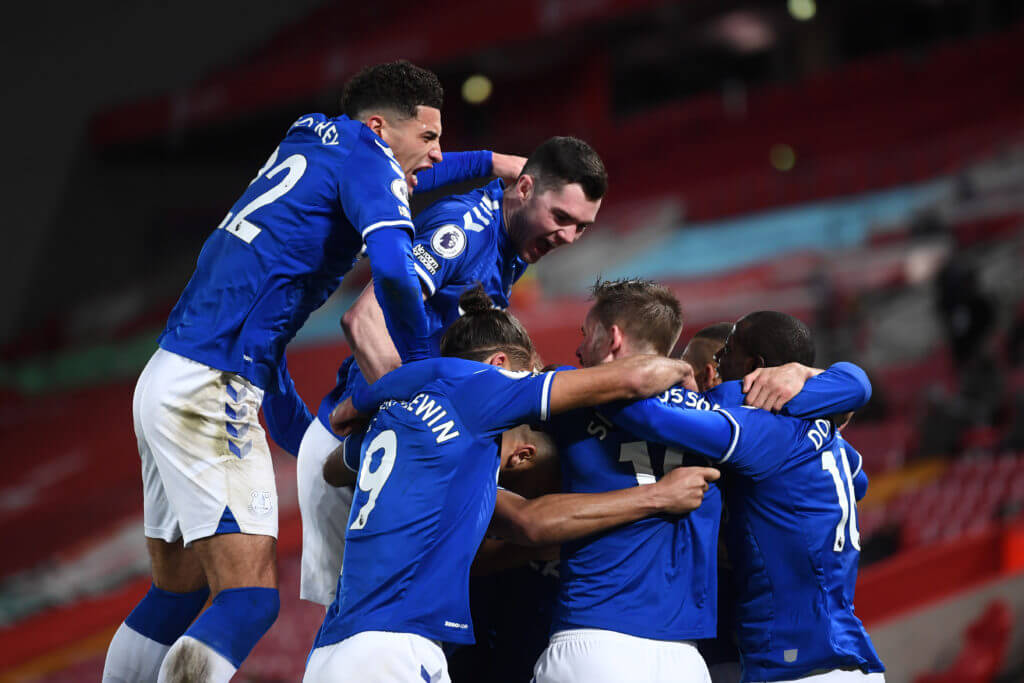 Everton produced a memorable Merseyside derby performance to beat Liverpool at Anfield for the first time since 1999.

Keane was simply outstanding for the Toffees as they won 2-0 at Anfield, while Liverpool have now lost four successive home matches for the first time since 1923.

Goals from Richarlison and Gylfi Sigurdsson earned all three points for Carlo Ancelotti’s side, but it’s the strong solid defensive performances – especially of Keane and Ben Godfrey – that made the difference between the two sides.

“One of the main reasons for this latest defeat was the performance of Michael Keane,” wrote Crooks. “This was, without doubt, the best game I’ve seen him have for Everton.

“His recovery after Andrew Robertson squeezed a reverse pass through his legs for Sadio Mane was out of this world.

“The Senegal international was about to pull the trigger when Keane made the best one-footed tackle you’ll ever see and at a crucial time of the match. This was an outstanding performance by Keane and a historic one for Everton.”

This Athletic journalist described his performance as ‘flawless’.

Michael Keane though. Just about flawless

Been critical of Everton keeper Jordan Pickford after his mixed form so it is only right to say he was outstanding today – absolutely faultless. Same can be said of Michael Keane and Ben Godfrey. Tom Davies also excellent.

It was an incredible defensive display from Keane who made 13 clearances during the game – the most by any Everton player in a Premier League game this season.

Keane struggled initially at Everton and at one point it looked like the transfer wouldn’t work out. However, he has been completely transformed by Carlo Ancelotti.

The former Burnley defender has been nothing short of sensational under the Italian, and it was arguably his best performance for the Merseyside club.