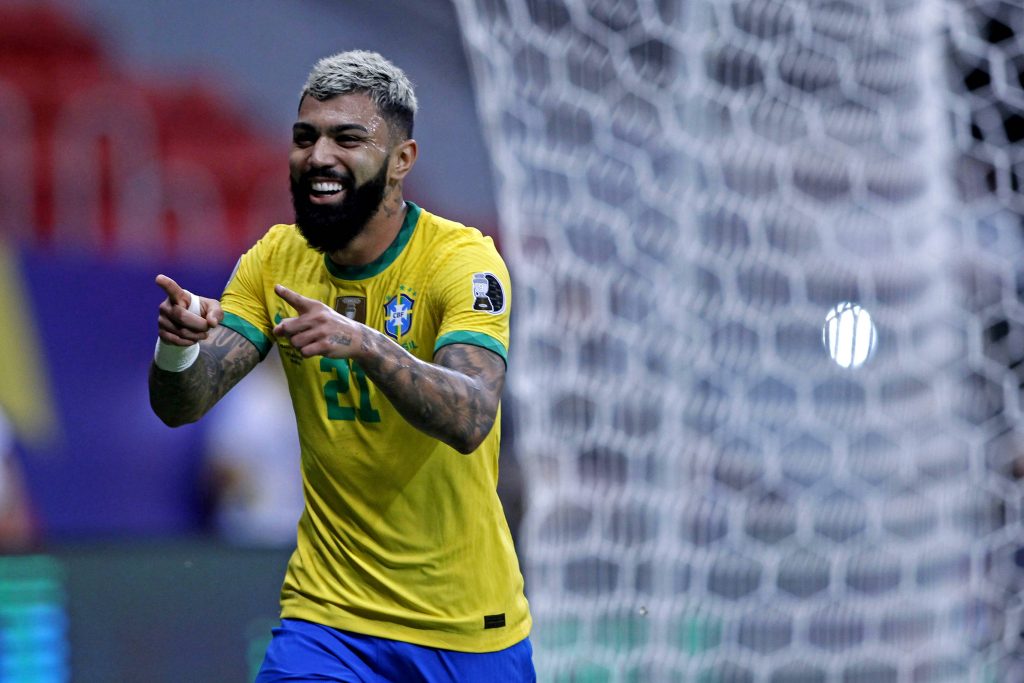 The Toffees have yet to make any big-money purchases, but they have added quality to their attack with the signings of Demarai Gray and Andros Townsend.

Dominic Calvert-Lewin has been the club’s undisputed striker over the past few years, and there has not been any competition for places.

Moise Kean fell out-of-favour under former boss Carlo Ancelotti, and he spent the entire 2020/21 season on loan at Paris Saint-Germain.

The French giants are keen on re-signing him this summer, but he won’t come on the cheap with a reported price tag of €45-50 million.

It is unclear where Kean could be playing next term, but it is now reported that Benitez has his sights on Gabriel, who has excelled at Flamengo.

The 24-year-old previously spent time in Europe with Inter Milan, but he barely got the chance to impress with just 183 minutes of game time.

He endured a similar situation on loan at Benfica. He was limited to just 164 minutes during the first half of the 2017/18 campaign.

That paved the way for his return to Brazil. After loan stints at Santos and Flamengo, he joined the latter on a permanent deal in January last year.

He has bagged a stunning 68 goals and 18 assists in just 96 outings for Flamengo and may want another chance to prove himself in Europe.

Gabriel, who is valued at €26m by Transfermarkt, could potentially form a fearsome strike partnership alongside Calvert-Lewin at the Toffees.

However, a move for his services may not go well with some fans, particularly with his open admiration for Liverpool and their manager Jurgen Klopp.

He previously talked about his dream of playing for the Toffees’ fierce rivals. He recently heaped praise on Klopp by saying that he is a ‘fantastic coach‘.