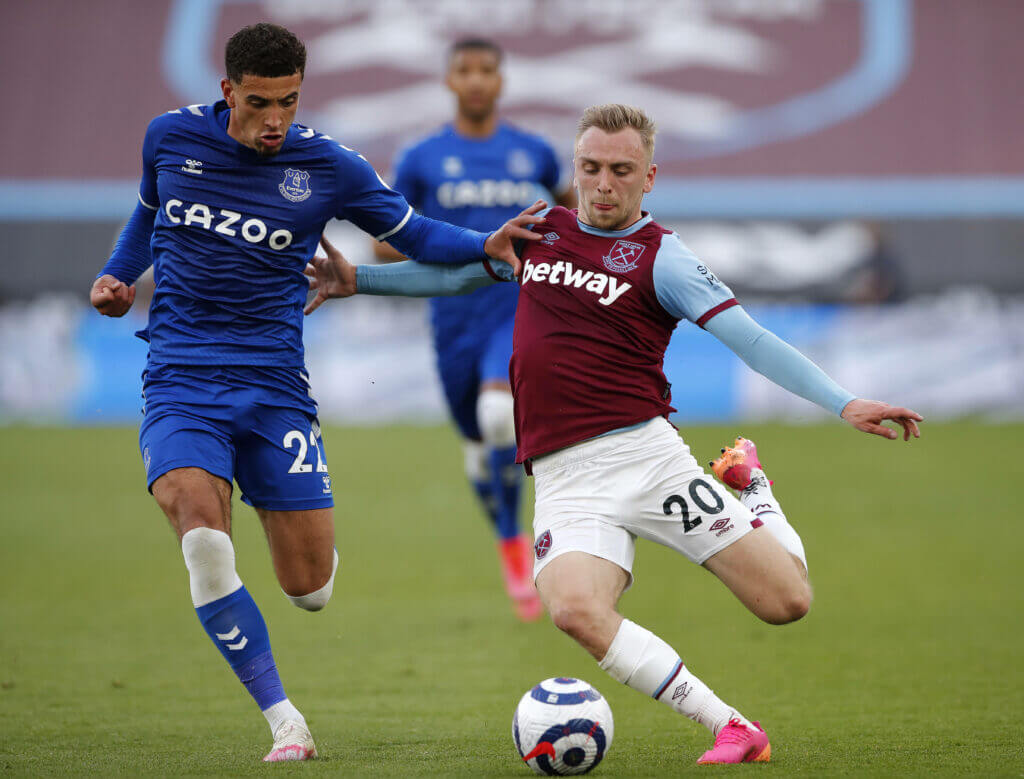 Everton recorded a 0-0 draw against Aston Villa in the Premier League on Thursday.

It was not the result that Everton fans would have wished for, as their hopes of finishing in the Premier League’s European places suffered a blow.

Everton did improve after the break, with defender Ben Godfrey drawing a save from home goalkeeper Emiliano Martinez from Gylfi Sigurdsson’s free-kick.

The 23-year-old was one of the rare positives for the Toffees from the game that was genuinely devoid of quality.

Many Everton fans took to Twitter after the game to react to Godfrey’s performance, with one fan even claiming that he was ‘unreal’.

Another went even further, claiming that the former Norwich City centre-back is better than Liverpool’s Virgil van Dijk.

Godfrey made one attempt on target and made three clearances during the game. Here are some of the selected tweets from Everton fans:

And you won't convince me otherwise

Positive things from this season :
1) We have a quality ST now in DCL
2) Godfrey has been unreal
3) Digne is the best LB in the league
4) Carlo Ancelotti has had us challenging for Europe all season 👍

Crazy how consistent Godfrey is. Gives and 8/10 performance every week without fail now we just need 10 more like him 😭

Recruiting a CB in summer would help Ancelotti in home form. Key attributes press in high line when on front foot & ability to carry/pass through lines. Keane, Holgate, Mina uncomfortable in playing role/system. Godfrey has ability but needs a better partnership #EFC https://t.co/OBT8uJum9I

Doucoure was probably our best player, or Godfrey

Godfrey has enjoyed a fantastic debut season for the Toffees since joining from Norwich in the summer transfer window.

He has made 28 appearances in the Premier League and has produced some eye-catching displays.

Former Manchester United defender Rio Ferdinand claimed back in February that Godfrey is a top-tier under 23 defender in Europe.

He has certainly improved a lot under Carlo Ancelotti and has the potential to be a world-class defender.

Everton are eighth in the Premier League table with 56 points from 35 games and must win their remaining three matches to have any chance of securing a European spot.