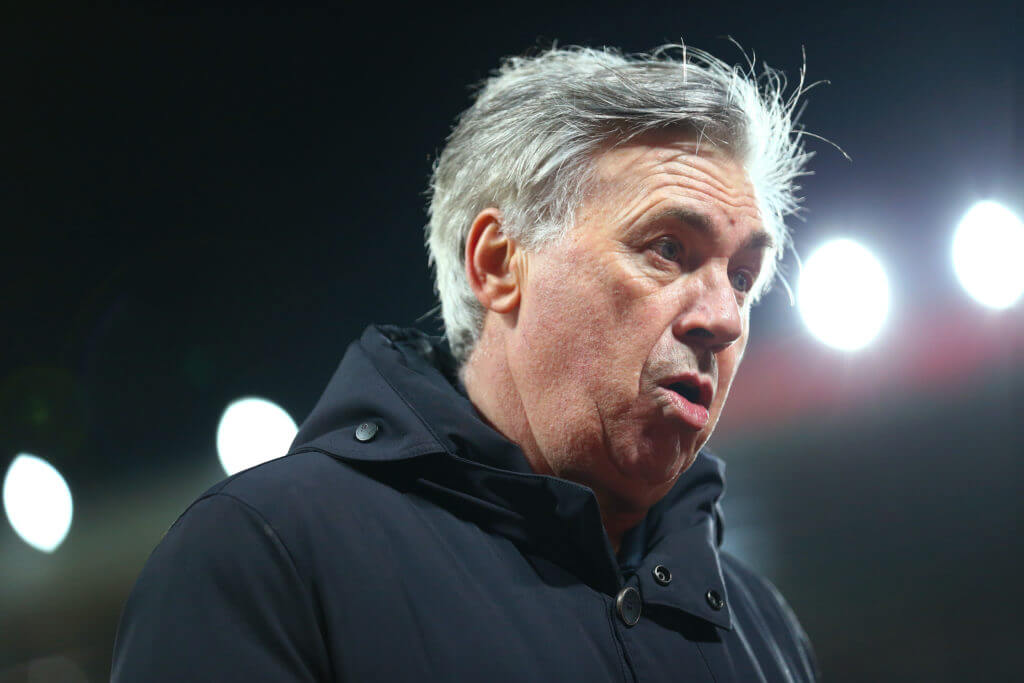 Everton will travel to Hawthorns to face West Bromwich Albion in the Premier League on Thursday night.

The Italian boss has also revealed that the club will make checks on four players – James Rodriguez, Tom Davies, Seamus Coleman and Robin Olsen – ahead of the match.

Everton training this afternoon. Will be checks on James, Davies, Coleman and Olsen ahead of tomorrow's West Brom game

Mina, Delph and Gbamin still out

A lot of hype has been going on around Ben Godfrey who has been simply outstanding since his move from Norwich City in the summer.

"Who is not impressed by Ben Godfrey?" Ancelotti says

Ancelotti has hinted that he will make some changes to the side as rotation is necessary to prevent players from getting injured.

Does that mean Josh King now likely to make his first start for the club?

Anelotti: "Rotation will be important to avoid injury and keep all the players motivated."

After winning back-to-back games in the Premier League, Everton are just two points behind fourth-placed West Ham United and the Toffees are aiming for that spot.

Ancelotti: "For the career of every player, their ambition is to play at the top and the Champions League is the top competition."

However, they need to be consistent and Ancelotti has stressed the importance to win games against the bottom half teams.

CA: "The run at home was not good enough. But the players are really involved and focused on what we can achieve this season. They understand it can be an important season for the future of the club and any one of us."

Allan played the entire 90 minutes in the last game against Southampton, and his fitness will be checked today. The Brazilian midfielder has just returned from a long injury lay-off.

#EFC will also check on Allan ahead of tomorrow

Richarlison has scored in the last two games for the Toffees and Ancelotti was full of praise for the Brazilian. The former Real Madrid boss has suggested that the current system now suits his style of play.