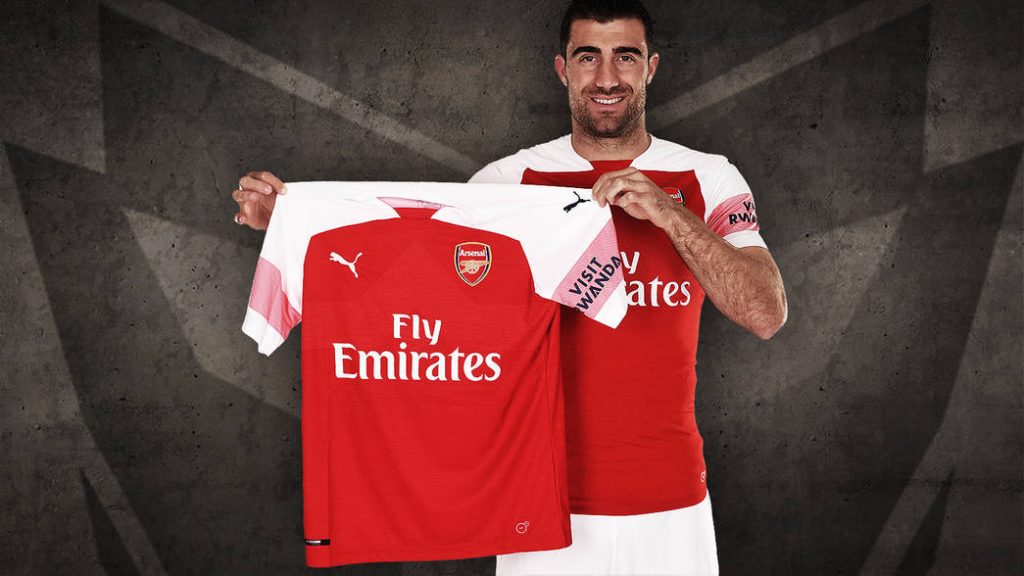 We reported on Monday that Arsenal confirmed the signing of Sokratis Papastathopoulos and revealed he would be wearing the No.5 shirt, and supporters are delighted with the news. The former Borussia Dortmund defender follows ex-Juventus right-back Stephan Lichtsteiner and ex-Bayer Leverkusen goalkeeper Bernd Leno to the Emirates this summer.

Sokratis will bring much-needed experience to the Arsenal backline after Per Mertesacker hung up his boots and Laurent Koscielny suffered a serios achilles injury. Shkodran Mustafi, Rob Holding, Calum Chambers and Konstantinos Mavropanos make up the rest of the centre-backs but aren’t convincing options to take into next season, so Sokratis’ signing couldn’t come at a better time.

Welcome to the Arsenal! #Sokratis

#SOKRATIS Welcome. We’ve been waiting for you ??

After Arsenal conceded 51 goals in 38 Premier League games last season and endured an 11-game run without keeping a clean sheet, Head of Recruitment Sven Mislintat made it a priority to overhauling the defence this summer. Sokratis has made 198 appearances in all competitions for Dortmund since joining from Werder Bremen in 2013.

He’s won major honours in both Italy and Germany and boasts 79 appearances for the Greek national team. Sokratis may be the defender Arsenal have needed for some time. Fans certainly think so.