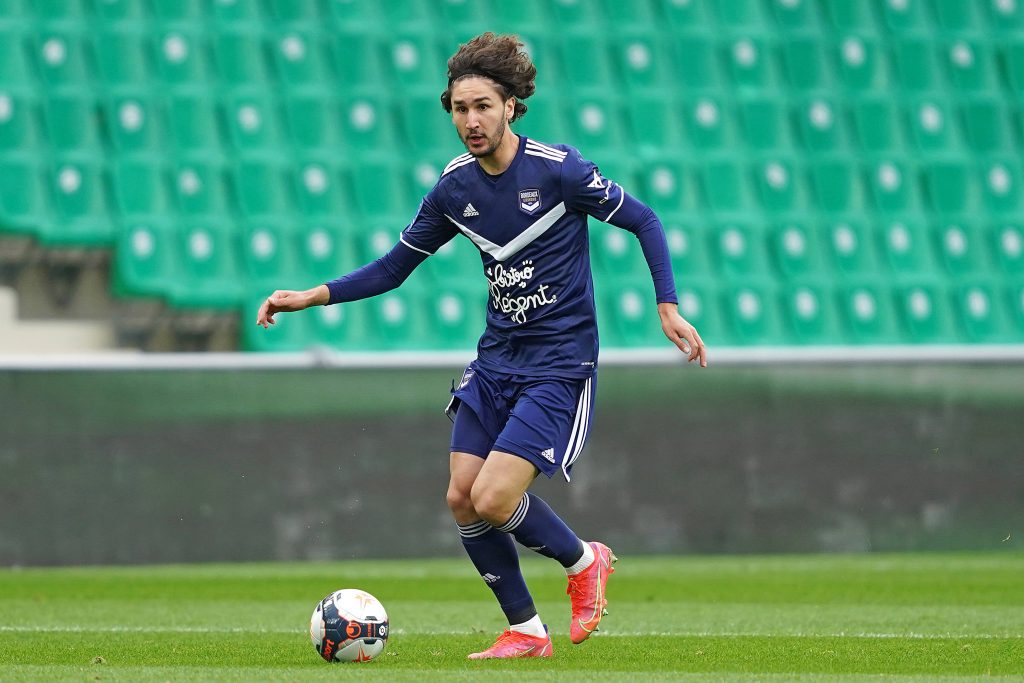 With the return of Martin Odegaard to Real Madrid, Arsenal have a creative hole in Mikel Arteta’s preferred 4-2-3-1 system.

The Gunners could try and re-sign the Norwegian, but a move seems unlikely at the moment.

An attacking midfielder is the key to Arsenal’s ability to get the ball into dangerous areas and create chances.

Although there are still question marks around Arteta’s tactical style, it needs someone who can dominate the space between the opposition’s midfield and defensive lines and weigh in with goals.

Such a player would allow the dynamic wide runners like Nicolas Pepe, Bukayo Saka and Emile Smith Rowe to use their pace and exploit space behind opposition defences.

Arteta desperately needs to replace Odegaard, and Bordeaux’s Yacine Adli is the ideal man for the job.

The French club are in severe financial trouble and may be relegated to Ligue 2 owing to their massive debts.

The 20-year-old thrives with the ball at his feet and is good at turning forward momentum into goalscoring opportunities with clever through balls against retreating backlines.

Adli uses his physicality to his advantage, displaying an ability to compete in shoulder-to-shoulder duels and stand his ground against strong defenders.

He uses his body well to protect the ball and ride challenges.

The playmaker is mainly used as an advanced number eight but has the versatility and tactical knowledge to operate in several midfield positions.

His energy and tenacity would complement Thomas Partey in the centre of the park.

Despite often losing the ball, Adli has previously shown that he can be consistently effective at winning back possession depending on the position he has been deployed.

Adli’s 4.3 tackles and interceptions per 90 last campaign were more than Jude Bellingham’s 4.0 and Ismael Bennacer’s 3.9, who play similar roles for Borussia Dortmund and AC Milan.

He can change the angle of attacks by opening his body to give and receive passes. This makes him an asset in transitioning attacks in the final third of the pitch.

An excellent set-piece taker, Adli uses his long passing range to spray line-breaking passes to the forwards while moving up the pitch to act as a fulcrum to attacking moves.

Bordeaux may be forced to sell their prized asset cheaply owing to their financial issues.

Even at the age of 20, if Arsenal can somehow bring him to the Emirates Stadium, it would be a risk worth taking.

Read: Eduardo Camavinga in ‘no rush’ to decide future club.