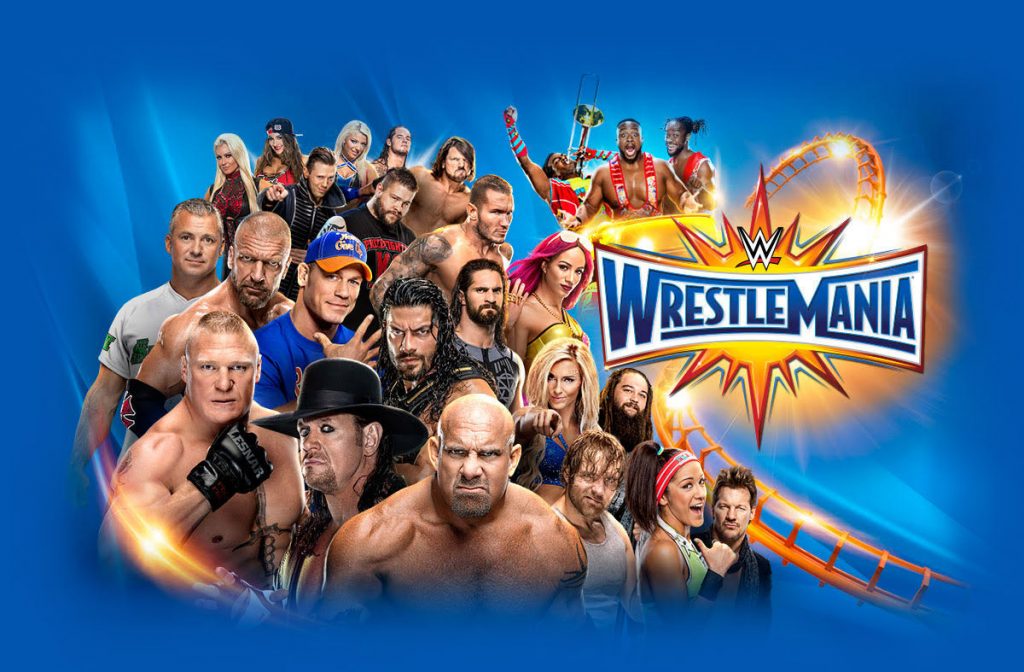 The following are the results in full:

The biggest event of the year in the world of professional wrestling is upon us. Wrestlemania takes place this Sunday at the Camping World Stadium in Orlando, Florida. This is the 33rd edition of the annual event, which has certainly come a long way since the idea was conceptualised by Vince McMahon back in 1985.

The card is absolutely stacked, with 13 matches scheduled to go on for a total of seven hours. The following is our Wrestlemania 33 preview and predictions.

Telecast of the preliminary show starts at 5:00 PM ET on the WWE Network on Sunday. This page will be updated with the results live, as and when they happen.

Goldberg’s return to the squared circle after 13 years away has been one of the most incredible comeback stories in the history of professional wrestling. He dominated Brock Lesnar at Survivor Series last year, beating the Beast Incarnate in 1 minute and 26 seconds. At the Royal Rumble, he once against bested Lesnar, eliminating him in seconds. The challenger is really hurting, and at Wrestlemania he will go for revenge by trying to separate Goldberg from what he holds really close – the WWE Universal Title.

This will be a hard-hitting and violent bout, but will surely not go over 10 minutes. Goldberg can’t taken too many bumps at the age of 50, and neither wrestler’s style can really keep a match interesting for a long period of time. It will be interesting to see if there is an interference of any kind from the likes of Roman Reigns or Braun Strowman, who may be next in line for the belt. It is difficult though, to see any other result than Brock getting his comeuppance with a win.

The Eater of Worlds finally ascended to the top of the mountain when he won his first WWE title at Elimination Chamber in February. At the time, Randy Orton was very much ally and had refused to fight his mentor. A swerve followed soon, and now the Viper is gunning to win his 13th world title in his first Wrestlemania main event in 3 years.

This is an interesting story, because Wyatt is a very popular despite being the heel in this feud on paper. Also, his legitimacy has taken several hits over the past few years with losses in important matches. His two Wrestlemania bouts have both ended in defeats – against John Cena in 2014 and The Undertaker the year after. Wyatt is fantastic on the mic and cuts some genuinely powerful promos. However, he needs to win these big ones to really cement himself as a top player. He certainly needs this victory more than Orton, to kick on and move on to bigger things.

The seeds for this rivalry were sown at the Royal Rumble, when Reigns entered the match at Number 30 and eliminated the Deadman. A stare-down ensued, and the Phenom returned to Raw a month or so later to challenge Reigns to a match at Wrestlemania. This could be a very interesting booking decision, with several possibilities on the horizon. Reigns is set to be booed out of the building for the third Wrestlemania in a row, despite being in his home state of Florida. This could well be the best opportunity to turn The Big Dog heel. He already gets so much heat from the crowd, and cheating to beat one of the most popular and respected wrestlers of all-time in The Undertaker would certainly make the most hated heel in the company. It sounds like the perfect story. Let’s see if the WWE are brave enough to turn their poster boy.

There has been bad blood between these two since late August, when Triple H turned on Seth Rollins to cost him the Universal Championship on an episode of Raw. The Architect has been tracking down The Game ever since.

Things took a turn for the worse when Rollins injured his knee last month, after an ambush attack by Samoe Joe. His injury hasn’t fully healed, but the former Shield member has revenge so definitively on his mind that he doesn’t care. This week on Raw, he signed a contract to enter into a non-sanctioned match with Triple H. With no rules at all, one can expect a lot of shenanigans in the form of weapons and interferences in this ones.

In the end though, it does look like this will end as a feel-good moment for Rollins, with his hand held high over his once-mentor.

Arguably the hottest feud on the roster right now, Chris Jericho and Kevin Owens have both been absolutely magnificent in the past year. From being the best of friends to the most bitter of enemies, they have woven a story which has kept the fans engrossed throughout.

Owens broke Jericho’s heart by betraying and turning on him at the Festival of Friendship in February, before Jericho cost the former his Universal Championship at Fastlane just a few days later. It all comes to a head at the biggest stage of them all, with Jericho’s United States Championship on the line. The following match-ups will take place on the pre-show: