For many, the Group of Death for the 2014 FIFA World Cup finals group stage has been considered to be Group G, which contains 3 nations in the top 15 (Germany, Portugal, and USA) and now has 2 nations in the top 3, according to the latest FIFA rankings. 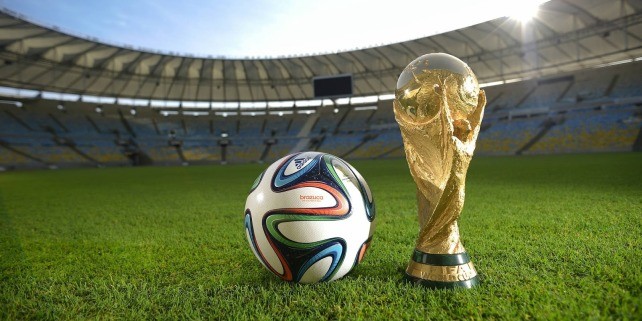 Groups B and D also have 3 teams in the top 15; Spain, Chile, and Holland & Uruguay, Italy, and England, respectively.

If we use the format of calculating the average FIFA ranking for each group, we can see that Group G has the lowest average ranking for a group (14.25), making it the toughest by this method, while Group D comes in second with an average of 15.

However, this isn’t necessarily the only way to define a Group of Death. Sure, to the USA, Group G is without doubt the toughest, because they are considered the 14th best team in the world but will have to somehow get past the 2nd or 3rd to get through the group stages, hardly an easy prospect. But alternately you could view it from the point of view of a nation such as England, who are the highest ranked nation to be considered as the 3rd best team in their group by FIFA.

The term Group of Death is thrown around a lot and it is a very subjective one. Australians are undoubtedly considering Group B to be the worst because they are the lowest ranked team, at 59, and are up against the highest ranked team in the world; Spain. They also have to contend with the Dutch and an in-form Chile side, it will certainly be very tough for the Socceroos.

I think many football fans know to take the FIFA rankings with a pinch-of-salt and add your own subjective views from watching the teams perform in different scenarios. Argentina being a great example of this; they currently sit in 7th but everyone knows that they will be a very difficult team to beat, especially on their own continent.

Also don’t forget to factor in injuries and form-loss to key players. Yesterday we featured the latest update of renewed hope for Luis Suarez, but if he doesn’t end up making it, he will be a huge loss to Uruguay. England fans are almost definitely praying he suffers a setback, even the Liverpool ones, although they’ll no doubt be happy if he is fit the day immediately after!

Belgium are going into the competition with the setback of Christian Benteke being ruled out and Marouane Fellaini being seriously out of form, but with Eden Hazard, Vincent Company and Romelu Lukaku, amongst others, all at the top of their game, they will still be a serious threat. For me, they are one of the strongest bets to make it through the group stage.

Here are all the groups with their rankings, put in order of the average ranking for the group. Do you think the stats are truthful? Is Group G the Group of Death?