Wolves have first option on Jimenez 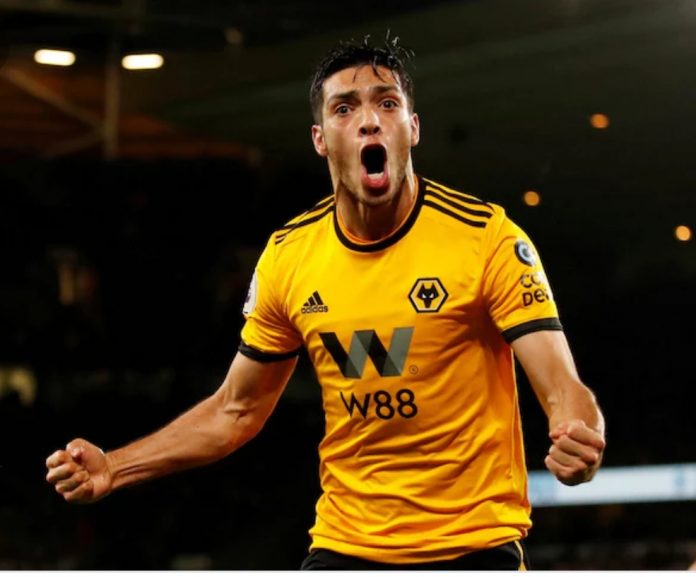 Nuno Espirito Santo has confirmed Wolves have an option to buy Raúl Jiménez at the end of the season.

The Mexican joined Wolves in June, on loan from Benfica. It was quite a coup for the black country club after they secured promotion from the championship last season.

Sky Sports report that The Wolves boss has confirmed discussions will take place when it’s more suitable, at the end of the current campaign. Espirito Santo said:

“That is at the end of the season. Until then, there is no point in thinking or speaking about it.

“It’s everybody’s choice and there are three parts involved: Wolves; the club whom owns him, Benfica and the player.”

Jiménez has been a huge part of Wolves success this season. Scoring four times in sixteen appearances. His most notable strike came in Wolves surprise 2-1 victory over Chelsea last week.

The Mexico international, started his career in his homeland with Club América. He then moved to La Liga, with Spanish giants Atletico Madrid paying €11m for his services.

In August 2015, Jiménez looked set to join West Ham United. However, the deal fell through as super agent Jorge Mendes negotiated a move to Benfica, who paid around €10m for the Mexican. During his time with The Eagles he won back-to-back Primeira Liga titles.

Wolves currently sit 10th in the Premier League, as they await to the visit of Bournemouth this weekend. Jiménez could prove to be a key player as the ambitious Midlands club have lofty ambitions.

They then face another stern test, next Friday, as they entertain league leaders Liverpool. A fixture that will be repeated a few weeks later, as they begin their quest for FA Cup success.