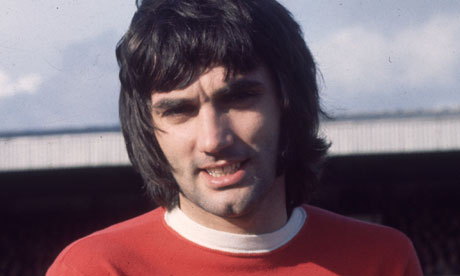 Last saturday marked the 50th anniversary of George Best’s debut for Manchester United, with the achievements of the Belfast Boy being celebrated by the Old Trafford club’s 2-0 win over Crystal Palace.

It is crazy to think that Best’s first game against West Brom on Saturday, July 14, 1963 was now half a century ago – United have been looking for the next George Best ever since.

There have certainly been contenders along the way, but the mercurial talent that the Northern Irish wideman showed for 11 years at United have never been replicated by another.

Potentially the closest to reach Best’s lofty standards has been Cristiano Ronaldo, who dazzled the Old Trafford faithful between 2003 and 2009. The Portuguese star helped United to three Premier League titles and the Champions League crown in 2007-08.

United fans have always wished for the gifted number 7 to return to Manchester, but their hopes of this happening have taken a major dent. With Ronaldo signing a bumper new contract with Real Madrid, which means that it is unlikely that he will ever wear the red of United again.

Best’s 11 seasons outdo Ronaldo’s six, and as such the search continues to find someone with the Northern Irish legend’s stature at the Old Trafford club.

Coincidentally, one of United’s current brightest youth prospects made his Premier League debut on Best’s anniversary. Adnan Januzaj impressed when given the chance to play for the senior side in pre-season, and David Moyes handed the teen sensation his first competitive outing on Saturday when he replaced Ashley Young after 68 minutes.

Januzaj showed some excellent touches on the ball and it is clear that the youngster has a bright future ahead of him. Whether Moyes intentionally gave him his debut on the same date as Best’s anniversary remains to be seen, but the former Anderlecht youth player will have a world of work to do if he is to be mentioned in the same breath as the Belfast Boy.

Although unearthing the next Best will be difficult due to the complex scouting networks of United’s competitors, it is by no means impossible. The romantic ideal would be that the next protégé came from the local area, or at least from somewhere in the UK. However, with the game now global, there is every chance that the new sensation could originate from anywhere on the planet.

United may well have won the Premier League last term, but the club’s fans are crying out for the glory days of Best and European success. It would be a dream come true for one of the Red Devils’ scouts to report back to David Moyes that he has “found him a genius”, with the Old Trafford faithful crying out for a new idol in the Best-ilk to adore.