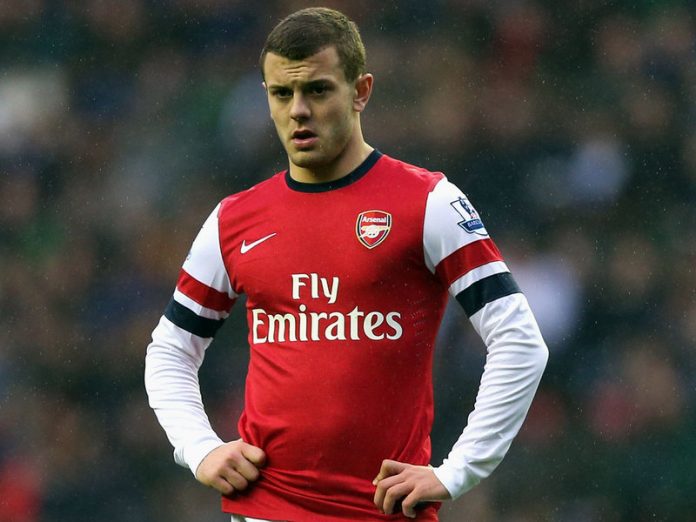 Arsenal’s terrific start to the season continued on Saturday with a 2-1 away victory over Swansea. Arsene Wenger has one selection headache on the horizon, however, with the brilliant Santi Cazorla returning from injury.

At the moment the clear favourite would, perhaps surprisingly, have to be Jack Wilshere. The 21-year-old, who is regarded by many as the best English player of his generation, has had a fairly disappointing start to the campaign. Some will argue that he is still struggling for fitness, but he’s been back long enough now to have shown an improvement in his game. He has been uncharacteristically sloppy on the ball at times, and has not stamped his authority on a game yet. The performances of others in the team have meant he has been shipped out to the left wing, which simply wouldn’t have happened were he firing on all cylinders.

The man who would’ve been used out on the left last season is Aaron Ramsey, but the Welshman has been sensational so far this season. He has scored eight goals, clinched crucial wins for his side and generally looked a class act. Confidence is an amazing thing, and the 22-year-old simply didn’t have the belief he has this last year. Now playing in his preferred central role, Ramsey has been arguably the Premier League’s outstanding player so far. He is still probably not as talented as Wilshere, but it’s impossible to drop him at the moment.

Another man whose inclusion is vital to Arsenal’s balance is Mathieu Flamini. The defensive midfielder, who returned to The Emirates for a second stint this summer, was a shrewd acquisition by Wenger, and he has added a bite and discipline to the midfield that they have lacked in the last few years. While the more talented, attack-minded players are given license to push forward, Flamini just sits deep and quietly goes about his business. Mikel Arteta will return from injury soon, but there will be no guarantee to the former Everton man that he will return to the starting lineup immediately.

Mesut Ozil’s arrival at Arsenal has given the whole club a huge lift. The German star is among the top 10 or 15 players in the world, and it almost looks as though the Arsenal players have raised their game since he arrived. He has turned them from top four hopefuls to potential title challengers, and his influence and brilliance is only going to increase the more he adjusts to the rigours of Premier League football.

The other player who, along with Wilshere, is probably most under threat of losing his place to the returning Cazorla is Theo Walcott. The England international, who is injured himself at the moment, is not always the most consistent player, yet he does offer Wenger something different: lightning pace. On his day he can be a real handful, and Wenger always seems to have had a soft spot for him.

It is a nice problem for Wenger to have, and he is starting to build a fairly formidable squad. The key question is which five players will he deploy in his midfield once Santi Cazorla returns? With Mathieu Flamini, Mesut Ozil and Aaron Ramsey all certainties to keep their places at present, it looks to be a toss up between the two Englishmen, Jack Wilshere and Theo Walcott.

With Walcott offering something none of his teammates do, Wilshere needs to improve his form and fitness quickly if he is to stay in the side.