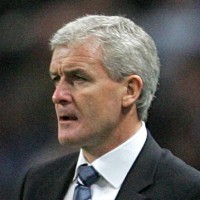 For the second season in succession, Fulham find themselves in the difficult situation of searching for a new manager through no volition of their own. Little more than eleven months after Roy Hodgson left the club for his ill-fated stint at the helm of Liverpool, Mark Hughes has decided to activate a clause in his contract meaning that he will depart at the end of the month. I think he’s made the wrong decision.

Yes, Fulham’s start to the season was fairly calamitous. Too many draws and not enough wins left the club in the lower reaches of the league at the turn of the year. However, once Hughes had got settled at Craven Cottage, and once their injury stricken strikeforce returned to fitness, their second half of the season was very impressive. 33 points from 20 games is a very good return for any side outside the top 4. Hughes was at the helm of a team who were starting to show that they could regularly challenge for the top eight. Fulham also have European football to look forward to next year. For a man who is still establishing himself in club management, this is a fantastic platform.

Remarkably, Hughes has gone and turned his back on this. So let’s have a look at his options. He has been heavily linked with the post at Aston Villa. I think there are two main issues here. Firstly, I think that Villa would be very dubious about hiring a man who has always got his eye on how to get further up the managerial food chain. Hughes has not shown that he is one to stick around at any club for long, and as managerial stability is crucial to the success of any team, Villa might be discouraged by his track record.

Secondly, I don’t believe that Aston Villa are in a much better position than Fulham. Both clubs will be aiming for the top eight next year, and Fulham have European football on offer. Villa’s star turns, Stewart Downing and Ashley Young, are being linked daily with moves away from Villa Park, and Brad Friedel has already left for pastures new. If Hughes wants to establish himself as a top manager, he could have achieved his aims just as easily at Fulham, keeping the spine of his side together. Besides, who knows if he’s on Villa’s managerial shortlist anyway?

If he’s pinning his hopes on getting the Chelsea job, I think he’s in for a massive disappointment. Roman Abramovich generally likes to appoint big name managers, and if Guus Hiddink is available and interested, I really don’t see Hughes being chosen over him.

Also, Hughes has already had a stint at a club with a huge budget chasing Champions League football, and his record at Manchester City was mixed at best. Results were poor, particularly away from home, and Abramovich would not be happy if his cash were to be frittered on expensive flops such as Jo and Roque Santa Cruz.

Even if Hughes were to get the post, he would have to succeed instantly. Trophies in the first season (and every season after that) are a must, and I doubt he would be able to deliver success quickly enough to avoid Abramovich’s twitchy trigger finger.

One of the strangest things is that it is a colossal gamble he did not need to take. For an up and coming manager, being in a job and being successful is the most likely way to attract attention from a bigger club, which is seemingly Hughes’ aim. At Fulham, he was in the perfect place to do just that. He was putting together a strong side, built on rocks such as Schwarzer and Hangeland. He was at no risk of being sacked, and could have continued to impress and forge a reputation that might attract the interest of the clubs of the ilk he wants to take charge of. Being in the managerial wilderness for any length of time means your managerial stock depreciates, especially for a manager who is not a proven name yet.

I think overambition has got the better of the man. I hope this is not the case, but at this point in time, it looks like Mark Hughes has got this decision wrong.