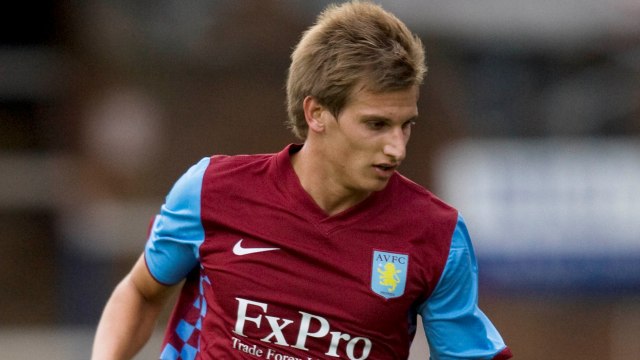 Doom and gloom surrounded many circles at Villa Park after James Milner’s departure, but could there be an instant successor. The emergence of Marc Albrighton at Aston Villa this season has gone some way to lifting the mood at the Midland’s club and the winger is already showing real promise. This matched with the capture of the highly capable Stephen Ireland in return should see the departure of a true great like Milner, overcome.

The 20 year old was undoubtedly Villa’s star man in pre-season and capped his magnificent form with an outstanding strike in the 3-1 victory over Feyenoord. Perhaps his materialisation this season shouldn’t be so surprising after he received rave reviews in last season’s friendly matches, particularly in the Peace Cup success.

The wide man possesses great pace, perhaps more so than Milner, along with an exceptional box of tricks up his long sleeved under top. It is his delivery which is so impressive, and with either foot meaning he could turn out to be a key asset to Villa this term. Similarly to Milner, Albrighton’s work rate and determination has already impressed fans and pundit’s alike and will stand him in good stead to earn a place in the first team.

I had the pleasure of being at the Under 21 game against Lithuania to witness a magnificent cameo from the local lad. A couple of dazzling runs and wicked crosses were topped off by a thoroughly deserved first international goal. Villa fans will be hoping this breakthrough will give him the confidence to build on his impressive start to the season which began with a man of the match performance versus West Ham.

Another positive that could come from Albrighton’s appearance could be the effect it has on current first team regular’s. Villans will be hoping that the likes of Stewart Downing, who is yet to really warrant half of his £12m fee, will buck their ideas up in the knowledge that this boy is quite happy to fill in for, and indeed overshadow them when required.

Only time will tell whether Albrighton can settle and cement a place in the starting XI at Villa but one thing is for sure, he can’t be far off. With a couple of months of top level football under his belt he should relax into his game more and show everyone in the Premier League what he is really capable of. It may take a season or two for Albrighton to really make an impact at Villa but on initial signs it should be sooner rather than later.