Last Sunday, the world was treated to a highly entertaining feast of football highlighted by the genius of one man. Dimitar Berbatov finally lit up Old Trafford after 2 seasons of lingering in the shadows behind the ruthless Ronaldo and Rooney (prior to Rooney’s off field problems).

United’s number 9 was purchased for a jaw-dropping £30.75m and had since failed miserably to lived up to the stratospheric expectations. But who would’ve known after his turbulent time so far in Manchester he’d be gone from hero to zero in the space of a few months. One man did know though. Sir Alex Ferguson.

He neverdoubted the class of Berbatov nor will he ever. That hat-trick against Liverpool proved why Fergie made him his record signing. However, as we all know it hadn’t been the greatest fairytale story ever told.

Berbatov has slowly but surely got all the United fans behind him now and that’s all thanks to the patience of the gaffer. Now it’s Torres who needs this much sought after ‘patience’. After a honeymoon period when he arrived in the summer of 2007, he announced himself the the world and even more so to England. After his debut season where he broke van Nistelrooy’s record of 23 goals in a first Premier League season, he ruled Europe. He was a vital cog in the Spanish passing machine of Euro 2008 where he went onto score the solitary goal in the final. Since that summer though, he’s been playing non-stop whether ie be the Confederations Cup, World Cup or the annual campaign with Liverpool. The boy’s body has been overworked endlessly.

Last season he endured an injury-strewn and frustrating season which was stop-start because of a series of niggling groin, knee and hamstring injuries. The previous season was more or less the same. And his final actions of the World Cup final was him lying on the pitch of Soccer City, Johannesburg in agony after being rushed back irresponsibly by Vicente del Bosque. Enough of his injuries though. They’ve played his part in where he currently finds himself. In a crisis of self-confidence and starved of service. The lethal striker was easily shrugged off by Berbatov last Sunday and never looked 100% confident in his own fitness. He has the ability but who knows what damage mentally those consistent injuries have done to El Nino? 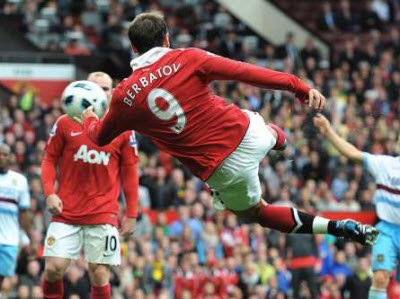 As the saying goes, form is temporary, class is permanent. That justified itself for Berbatov when he single-handedly won the game for United and it was only 2 seasons ago it was Torres who was beating United on his own. So like the Manchester United fans, everyone needs to have a bit of patience with Torres and give the man a chance. He’ll never have to go through such a physically demanding period of football ever again in his professional career and I’m sure he’ll eventually get going this season and start scoring for fun. We just got to have a little patience. After all, it paid off quiet well for Sir Alex, didn’t it?