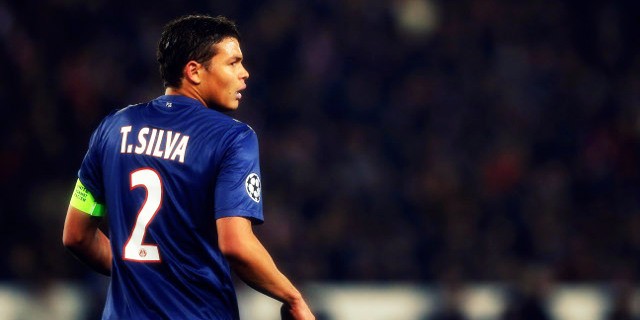 Last night saw PSG travel to the French riviera to tie up their Ligue 1 campaign. Five points clear of Claudio Ranieir’s Monaco, with only fresh air in third place, it was a game that the home team simply had to win if they were to keep a realistic hope of hauling in the the richest club in France.

For those hoping that the team from the billionaire’s playground could put a dent in the aspirations of the billionaires’ club however, it was a disappointing game – and result.  In front of an unusually full Stade Louis II stadium, PSG quickly punctured any optimistic atmosphere by netting an early goal through Olivier Pastore, and despite occasional flashes of endeavour from Monaco, the league leaders largely controlled the game until a late eqialiser via a deflected cross flying in from the outstretched boot of PSG skipper Thiago Silva offered a brief ray of hope. Despite a flurry of optimistic late pressure, and the introduction of loanee Dimitar Berbatov however, PSG held on fairly comfortably and were perhaps unlucky not to take all of the points as a late chance that fell to Ibrahimovic was magnificently turned away by Monaco ‘keeper Subasic.

Heading back to the capital with their five point lead intact, it’s difficult to see PSG now relinquishing their lead at the top of Ligue 1, and Monaco’s challenge appears to have largely evaporated. Of course it may have been a different story had star striker Radamel Falcao not sustained his season-ending injury. There are always ‘ifs’ and ‘buts’ in league campaigns however, and PSG always seemed to have that little extra when needed and in all probability will be worthy champions.

Laurent Blanc’s club will now be in the enviable situation of being able to control their domestic competition, while still drawing a sharp focus on the big prize of the Champions’ League. Whilst clubs in Spain and England will be battling for league positions, PSG will have the luxury of resting and rotating their squad thanks to their cushion at the top of Ligue 1. It could be a significant advantage.