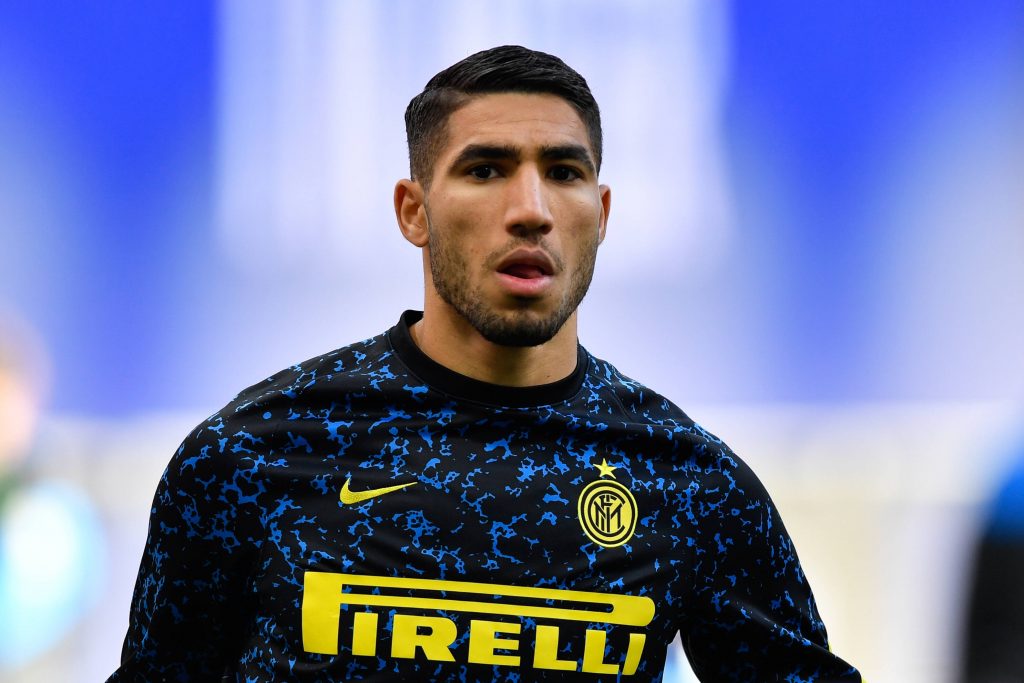 Arsenal are likely to go through a summer rebuild after another dreadful Premier League campaign where they are languishing tenth in the table.

The north London giants are 10 points adrift of the top four with eight games to play and may have to win the Europa League to secure a Champions League berth.

Should they fail to do so, they may have to work on a reduced budget for the summer, and most of their transfer business could depend on player sales.

In recent weeks, several Gunners players have been linked with potential exits, and the name of Hector Bellerin has been regularly mentioned.

The Spanish right-back has recently fallen down the pecking order for the league duties, and it has been claimed that he has an agreement to leave the club.

Inter Milan’s Achraf Hakimi has been highlighted as a potential target to replace the 26-year-old, and we look into whether he would be an upgrade.

One of Bellerin’s main issues over the past few years has been his positioning, and the opposition have quite often overlapped him with ease.

The Spaniard is not the best when it comes to tackling and has managed 1.2 tackles per 90 minutes which is less than Hakimi’s 1.6, who regularly plays at right wing-back.

Back in the 2017/18 season, Hakimi made his breakthrough with Real Madrid, where he managed 2.3 tackles per game. He is better suited to one-on-one situations.

Bellerin has been successful with 83.9 percent of his passes this term which is only slightly higher than Hakimi’s success rate of 83.

However, Hakimi has fared better with nearly twice the number of successful crosses in the box. This is another aspect where Bellerin has struggled lately.

The Gunners defender has often got himself into good attacking positions on the right flank, only for his crosses to be blocked by the first defender.

Meanwhile, Hakimi has also been successful with 58 percent of his long balls, double what Bellerin has achieved this season.

From an attacking point of view, Bellerin (0.8) has managed nearly equal shots per game as Hakimi (0.9), but the latter has been more productive.

While Bellerin has just one goal this term, Hakimi has made the most of his chances with six goals, the best he has managed in a single league campaign.

In terms of fouls won, Hakimi is also best placed with one per game compared to just 0.4 for the Gunners defender.

Hakimi would be a quality replacement for Bellerin at Arsenal, but he is still not the complete defender and has some weaknesses in his game.

He is not the best at winning aerial duels or heading the ball while he has been guilty of squandering some big chances on goal.

Meanwhile, he has barely featured at right-back over the past few years and may take some time to adapt to playing with a more defensive mindset.

At 22, he still has room to improve in those aspects. For €50 million, he would be a good purchase for the Gunners with the longevity he would offer.

Hakimi is also comfortable playing in the left-back position. His versatility would be another boost for the Gunners, considering Kieran Tierney’s fitness concerns.

Stats from Whoscored.com and Sofascore.com