Nine of the candiates are interested in staging the tournament in either 2018 or 2022, while two are just bidding for 2022.

Those to apply for both were England, Russia, Australia, the USA, Japan, Mexico, Indonesia and joint bids from Portugal-Spain and Netherlands-Belgium. Qatar and South Korea have applied to host the 2022 tournament only.

Who will be hosting the 2018 and 2022 World Cups? There are 11 candidates, but only a handful stand a real chance. Let’s take a closer look.

Applicants must next submit their bidding agreements by 11 December 2009, with Fifa’s 24-man executive committee choosing the winning candidates in December 2010.

Countries who fail to land the 2018 World Cup able to automatically be a candidate for the 2022 World Cup, provided that the 2018 host is not from the same continent as them.

Successful hosts must meet certain conditions if they are to win the right to stage the World Cup, providing at least 12 stadiums with minimum capacities of 40,000, with the final to be held in a stadium with a capacity of at least 80,000.

Fifa president Sepp Blatter said: “As long as we have single-country bids which provide all the necessary guarantees, we will reject co-hosting bids.”

With South Africa and Brazil to host the 2010 and 2014 competitions respectively, Fifa has said no African countries can bid for the 2018 showpiece while South America must wait until 2026 for the chance to bid again.

Of the 18 World Cup tournaments held since 1930, 10 have been staged in Europe, six in Latin America and one each in the United States and Asia.

Of the stand-alone candidates for either tournament, England (1966), Mexico (1970 and 1986) and the USA (1994) have previously hosted a World Cup on their own.
Japan jointly hosted the 2002 World Cup with South Korea, who are candidates for 2022, and Spain, who have submitted a joint application with Portugal, staged the tournament in 1982.

“Not A Chance” Candidates 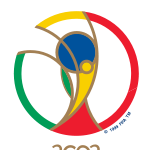 Japan – co-hosts with South Korea in 2002 and are also bidding for the 2016 Olympic Games. Japanese Football Association president Motoaki Inukai said: “We will definitely need the success of the 2016 Tokyo Olympics bid. If they don’t win it, it will be physically impossible for us to host the World Cup.” The International Olympic Committee will announce which city will host the 2016 Olympics at a meeting in Copenhagen, Denmark, on the 2 October 2009. Even with the 2016 Olympic Games, having hosted the ’02 World Cup will count against Japan.

South Korea (2022 only) – co-hosts with Japan in 2002 and have the necessary infrastructure and experience to hold the World Cup on their own. However, the fact that they hosted a World Cup just 20 years ago (by the time 2022 rolls around) will count against them, and within Asia as well they have strong rival countries like Australia (football-region-wise Australia is part of AFC), Indonesia, Japan and Qatar looking to host the World Cup themselves.

Netherlands-Belgium – Blatter has said that FIFA are not going to consider joint bids if suitable single hosts are found, and for both 2018 and 2022 there are several strong single-host candidates. In addition they will need to either expand current stadiums or build new ones to meet the 80,000 seater stadium requirements for the final. Netherlands would have a better chance if they went at it alone, but would still face significant opposition.

Qatar (2022 only) – home to AFC chief Mohammed Bin Hammam and rich enough to finance the World Cup, but the weather, the small population and the lack of infrastructure will count against them. There is a good chance that the World Cup will come to the Middle East in the future, and there was a big push at Soccerex 2008 (Dubai) to encourage UAE to make a formal bid for the event, but Qatar doesn’t seem to be the likely location for it.

Having said that, they have experience in hosting major events with 2006 Asian Games and they’re also due to host the Asia Cup in 2011.

Qatar have a better chance than rival bids from Japan and South Korea, but fade out in comparison to much stronger bids from Europe and Australia, not to mention North America.

Indonesia – they have the big stadium needed for the final, and the country is prepared to invest heavily to build the stadiums needed to get the country ready in time for the big Cup. With due respect though, the questions being raised at South Africa are likely to be raised at Indonesia as well, with issues from politics to weather and fan safety and the negative press surrounding South Africa 2010 will dent Indonesia’s chances.

Problems aside, a World Cup in Indonesia would be a spectacular event were it to happen. 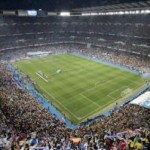 Portugal-Spain – Another joint bid but unlike the Netherlands-Belgium bid, Spain and Portugal have the infrastructure and experience to host major events, and would have been the strong European candidate were it not for England’s participation. It could go down to who sides with whom within Europe, and if the joint-bid factor wasn’t an issue, Portugal-Spain would be considered as serious candidates. Spain are expected to return with a single bid if FIFA clearly rejects a joint bid, which would put them forward as serious contenders alongside England for hosts.

Mexico – hosted the World Cup in 1970 and again in 1986 when Colombia could not afford to host it, and having hosted two World Cups could count against them, but they do have an ace in the hole – Jack Warner – who will be fighting tooth and nail to bring the World Cup to the CONCACAF region after seeing to go around the world in the last two decades. Still, with the US also making a bid, as long as they don’t drop out of the race they should be ahead of Mexico in the contender stakes.

Russia – They have the infrastructure and the experience of hosting the 1980 Olympics as well as European cup finals, plus they’ve never hosted the World Cup, but distances between stadia and the lack of support for their bid with Europe will hinder their chances of hosting the big Cup.

Australia – some say that England’s strong bid for 2018 and the fact that the World Cup will be played in the southern hemisphere for 2010 and 2014 makes it more likely that Australia’s best chance might be to try for 2022. Regardless of their chances for 2018, Australia make for a strong candidate. They have the political support in Fifa, they have the infrastructure, being a developed economy means they have all the benefits that Fifa would get in hosting the Cup in a major European country, and unlike some of the other strong contenders they’ve never hosted a World Cup before.

England – The 1966 World Cup hosts (and winners). London 2012 Olympics, the 2014 Commonwealth Games in Glasgow and the 2019 Cricket World Cup in England. Failed World Cup bid for 2006. England are front-runners for the 2018 World Cup but face two problems – one, they have stiff competition from the likes of Australia, and two, they are vulnerable to political influences within FIFA which could lead to England coming close to hosting 2018 or 2022 and lose out on both.

If a European country were to host the 2018 World Cup, England would be disqualified from hosting the 2022 World Cup. Having said that, their biggest rivals for 2018 won’t be European bids but those from the US and Australia.

USA – hosted the 1994 World Cup and normally it would be unlikely for the World Cup to return so quickly to the same country, but there are several factors that make the USA a strong candidate. The first is Jack Warner / CONCACAF – they want a World Cup, and the USA has a better shot at getting it compared to Mexico. The second is the remarkable transformation the local football scene has gone through since the last World Cup 14-15 years ago. The MLS is expanding into a full-fledged league, the WPS starts this year and by the time 2018 and 2022 will come along, ‘soccer’ will have 10 more years of steady growth in the local sports culture.

At the end of the day though, a World Cup in the USA will be a cash cow – the immense hype that will surround a global event in the US (thanks to their own marketing channels but also because of the status the US holds in the world) make it a guaranteed money-maker for all parties involved, more so than any other country hosting the World Cup.

Allowing for the fact that countries may drop out of the race between now and December 2009, when applicants need to submit bidding agreements, and that the two joint bids may turn into single bids, the strongest candidates for 2018 look to be England, Portugal-Spain and Australia. The joint bid makes Portugal-Spain an unknown quantity, and between England and Australia it will come down to backroom politics since CONCACAF has two candidates in the USA and Mexico and they might trade votes for securing the 2022 World Cup in exchange for supporting a rival candidate’s bid for 2018.

England’s biggest problem will be convincing the 24-man executive committee, and unfortunately for them they lack the savvy and backroom political experience to garner enough votes on their side for a decisive outcome. On the merits of the bids alone (infrastructure, single host, security, fan base, last world cup), Australia and then England are the strongest candidates, and in that respect we could see England host 2018 and Australia host 2022. But it’s not going to be on merit alone (if at all), and that’s why England’s chances are more than a little uncertain.