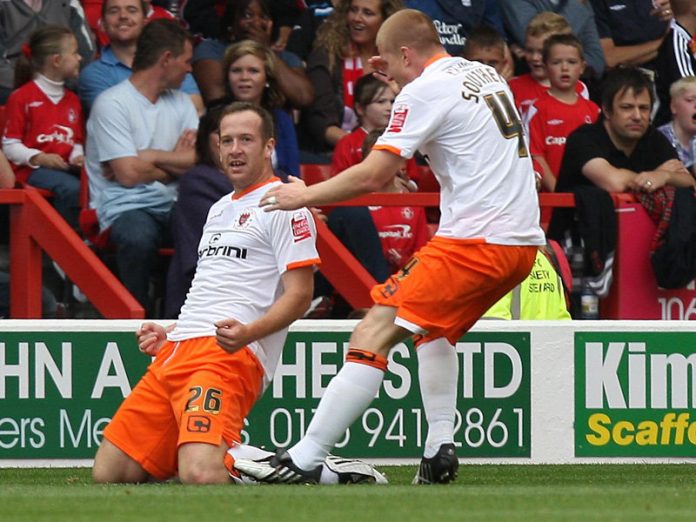 Blackpool’s one-season jaunt in the Premiership, perhaps likely always to be record-setting, has come to a close. The Tangerines did set records, but not the ones that many predicted at the start of their top flight campaign. Blackpool boasted the smallest wage bill seen in the EPL for several years as well, capping their players’ deals at a (comparatively meagre) ₤10,000 per week. They also scored a Premier League record number of goals by a relegated team and may have had one of the better records in league history of any relegated side against the division’s elite.

As expected, Blackpool were eventually relegated. But they brought a spirit to the Premiership which is going to be missed and English fans are hoping that Swansea City can bring some of the same verve in their Premier League bow next year. It’s arguable that while Blackpool expected this and prepared for life back in the Championship by banking much of their TV revenues and are likely to do so again with their parachute payments.

Let’s take a look at how Blackpool can bounce back into the Premier League:

Blow the whole thing up and start again

Sheffield United went down this year after three years of trying to replace their Premiership squad on a bit-by-bit basis. They came out of EPL relegation in reasonable financial shape, given their West Ham settlement and reinvested part of those monies in an attempt to recapture EPL status. The gamble – like many of their signings – didn’t pay off and League One now hosts Steel City derbies. With Blackpool unlikely to be able to retain their better players (Adam, Campbell, Gilks and Crainey), perhaps it’s best to bid a fond farewell to the team that overachieved the last two years. Chalk them down to a beautiful, happy memory and move on.

This would allow the Seasiders to maintain their business model of not overpaying wages or transfer fees, which in turn would give manager Ian Holloway the chance to build again from the ground up around a combination of Matt Phillips, Elliot Grandin, Gary Taylor-Fletcher, perhaps Luke Varney and the everpresent Ian Evatt. This would again be a long process, but with responsible use of their parachute payments they could raise their wage ceiling by ₤3-5K from their current ₤10,000 ceiling and employ better quality players. This challenge is one of building the club from a small-scale Championship one to a middle-tier team capable of challenging year-in, year-out yet still with the finances to retain their best players.

In essence, this would keep to Karl Oyston’s original plan of building a club, not a team.

but for instant gratification:

Sell Charlie Adam and replace him

Adam was crucial to everything Blackpool has done over the past two years. His scoring in the Championship (18 goals and 8 assists) allowed the Tangerines the chance to cream Cardiff in the Playoffs and he followed that dose with 12 EPL goals and 8 assists. Sir Alex Ferguson, Kenny Dalglish and Harry Redknapp are all admirers – even if only two of those three are actually interested in bringing him in. He’ll go this Summer. The man ‘Olly signed in January to replace him, Andy Reid, late of Sunderland has already departed.

It will hurt, but chances are that Adam will fetch somewhere between ₤5-10 million, significantly below the rumoured ₤14 million asking price in January. Reinvesting some of that money in a potential replacement in Adam’s central role could go some way towards ensuring another Tangerine top-10 finish.  The first names that stream to mind are Joe Ledley, Kris Commons and Lewis McGugan who are all good fits but it’s questionable if the Celtic pair want to move, or if Blackpool is McGugan’s idea of a good career move; all would be hard to get.  Likely though, as DJ Campbell, Stephen Crainey and Matt Gilks will follow Adam out the door, it’s possible Holloway decides to revamp the entire Blackpool squad and with it, alter the way they play their game.

For so long, Dudley Campbell has been earmarked “Championship Only – Leave behind when promoted”. After thirteen EPL goals, his publicist has tagged him available and he could move if the price is right. He – and his services – are needed in the Northwest, so Chairman Oyston should try and retain him. If they can’t, the recently released Kevin Phillips could prove a bargain-basement type replacement for his fox-in-the-box role and Marlon King has been good for Coventry City since his mid-season arrival.

Reinforce the defense, however, whenever, with whatever

Blackpool leaked goals partly because of their up-and-down style of play, and partly because their defence simply wasn’t up to Premiership standards. Ian Evatt, wholehearted trier that he is, just doesn’t cut the mustard as a EPL centre-back. How about testing Burnley’s resolve for Clark Carlisle? Perhaps ask a few pointed questions of promoted QPR’s spare central defenders as well. As for full-backs, see what Cardiff are doing with the disposable Paul Quinn or how much Coventry City really wants to keep Richard Wood.

The task is harder for Blackpool than for West Ham or Birmingham simply because they don’t have the same foundations for growth as their relegated comrades. On the bright side, however, they don’t have any of the crippling debt which is likely to play a key role in the future fortunes of the other two clubs, meaning that they are in a prime position to build a lasting entity rather than embark on a short-term “Premiership or (literally) bust” campaign.

For more commentary and analysis, shoot across to Balanced Sports. You can also follow Matthew Wood on Twitter @balanced_sports.