Where Next For Diego Costa? 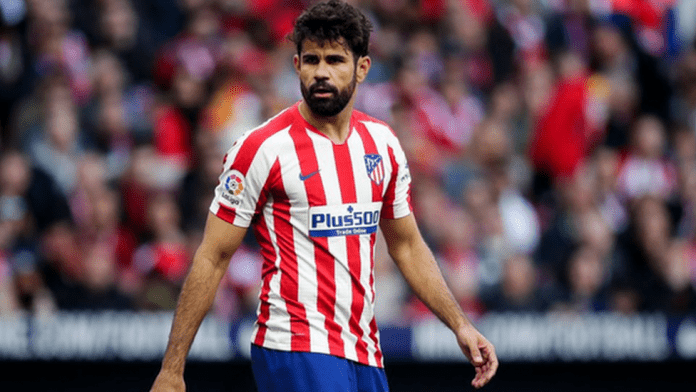 After an underwhelming third spell at Atletico Madrid, Diego Costa is back on the market as a free agent.

One of football’s most divisive characters, the forward has been cherished for his goalscoring ability, as well as reviled for his antics on the pitch.

The Spaniard was once one of the most feared strikers in the world, hitting the 20-goal mark on two occasions as he won two Premier League titles at Chelsea. However, his best days seem far behind him, scoring just 12 league goals in 61 appearances since returning to Atletico Madrid.

Furthermore, the 32-year-old comes with a lot of baggage. His salary was an estimated €300k per week, he has a concerning injury record, and has missed several games in his career through suspension.

But, if he can get back to his best, then he should be a bargain on a free transfer.

Here’s a look at some of the clubs that could make a move for the striker.

Costa was linked with a move to Tottenham in the summer, with the club looking for back up to star striker Harry Kane.

Costa enjoyed some of his best football under Spurs boss Jose Mourinho, and could see the Portuguese as the best man for him. And, with Carlos Vinicius only on loan at the moment, it could be a useful signing by the club.

However, Costa would have to settle for being second choice, which he may not be looking for.

Raul Jimenez was looking like one of the division’s best strikers, so naturally it was a massive blow to Wolverhampton Wanderers when he suffered a fractured skull at the Emirates.

Teenager Fabio Silva has filled in during the Mexican’s absence, but is not looking up to the task yet, scoring just once from the penalty spot.

If Wolves want a short-term fix to get back in the running for European spots, then Diego Costa may well be the perfect man to deputise for Jimenez.

Have Arsenal fans forgiven Diego Costa for that game at Stamford Bridge in 2015? Unlikely – football fans tend not to be very forgiving. But maybe it would help if he got them firing up front again.

It’s no secret where the Gunners have gone wrong this season. They’ve scored just 15 league goals this term, the fewest outside the bottom four. They’ll need to up their productivity to get back on track.

However, it seems like creating chances is the bigger issue at the Emirates, as opposed to taking them. After all, they already own Pierre-Emerick Aubameyang and Alexandre Lacazette – two strikers who have impressive goalscoring records over the years. Perhaps Arsenal’s money would be better spent elsewhere.

Despite being one of the biggest clubs in the world, Barcelona have somehow ended up in a situation where Martin Braithwaite is their only out-and-out striker. Sure, Lionel Messi and Antoine Griezmann have played there, but both are better suited elsewhere.

Costa won’t be the marquee signing to satisfy the enormous standards of Barcelona fans, but he could be a useful option if Ronald Koeman can get him firing.

Despite this, the move would be highly unlikely, given that Costa would reportedly be liable to a £23m fine if he moves to Barcelona, Real Madrid, or Sevilla.

While the MLS is seen as a retirement home for formerly world class footballers, it doesn’t completely rule out a return to the more glamorous leagues. Zlatan Ibrahimovic and Jermain Defoe both returned from the US to make an impression in Europe’s biggest leagues.

And, if it is a step towards the end of his career, there are worse places that Costa could retire at.