India
Home News where are rooney ronaldo and messi

This World Cup has been characterized by teams with two main traits: organization and mental toughness. While it was supposed to be the Wold Cup where Wayne Rooney, Cristiano Ronaldo, and Lionel Messi were going to explode with their talent, instead we saw less from their teams, and more from other, more organized, and mentally tougher teams.

We saw Uruguay fight their way to the semi-finals with incredible team spirit, we saw Paraguay almost eliminate Spain with their defensive organization, and we saw Germany dominate with organized and unselfish play. So what’s happened to what many considered the three best players in the world?

It’s actually quite simple, Rooney, Ronaldo, and Messi were all shut down by simple defensive organization. The idea isn’t to man mark these brilliant players, but to have an simple system of zonal marking which puts them under pressure right away from at least two defenders. This is mainly because when these players are left in 1 vs 1 dribbling situations with just a little bit of space, they’ll have no trouble dribbling through and scoring, or providing the perfect through pass for a teammate.

The idea of taking away space and time is key when shutting down players of high quality, this idea in turn frustrates players, ruining their first touch, and making them ineffective. 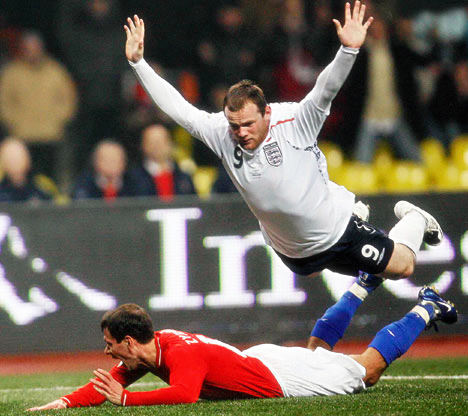 We saw this with Rooney many times, he’s had his games this World Cup where he had the first touch of a 7 year-old; absolutely no control which in the end, makes one of the most dangerous players in the English Premier League, useless.

While you can say that Capello played him in the wrong place, or with the wrong partner, a player of Rooney’s caliber should’ve done much better with all the opportunities he was given. In the end, what hurt Rooney’s World Cup campaign the most was his inexperience and immaturity as he was unable to pick himself up from his bad performances, leaving the rest of the England team with little or no inspiration and creativity.

With Ronaldo we saw a different situation, instead of not having the maturity to fight back and put in good performances, Ronaldo was let down by some other factors. Portugal weren’t tactically equipped to play with Ronaldo, instead of building the team around him, they tried to play him everywhere, almost as a utility player for attacking positions.

It also needs to be noticed that Ronaldo is probably the most selfish player in the world, while an average player will pass the ball and make a run to help a teammate out, Ronaldo will pass the ball and ask for it back right away. Another problem with Ronaldo is the way he goes down under the slightest of touches, instead of using his powerful physique to plow through defenses, Ronaldo falls over and asks for a free kick way too often.

What ruined Ronaldo’s Portugal was tactical inefficiency, and selfishness; and in my opinion, Portugal might’ve gone farther this World Cup without Ronaldo. 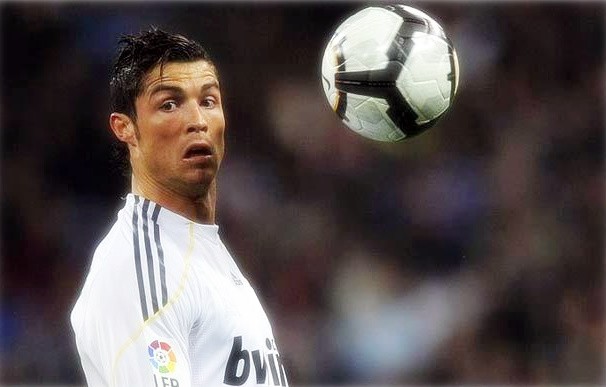 Messi and Argentina were a mix of bad tactics, and weak mentality. While Maradona inspired his players, he never got it right with the tactics, Argentina were great on the counter-attack with their fast and deadly players, but there was practically no midfield in front of a weak defense. This forced Messi to drop back to retrieve the ball in his own half, where he’s ineffective.

Messi is a deadly presence around the penalty box, cutting in and curling shots into the far corner, but Maradona didn’t provide the Ballon d’Or with any decent service. Messi’s other problem was his lack of fight and tenacity, we see it in Ronaldo (sometimes a bit too much) who wants to score goals, wants to win games, and wants to be the best, but Messi lacks this competitive edge.

It’s probably this that separates Maradona and Messi as players, Maradona had the hunger and spirit, Messi just doesn’t. While Argentina’s exit isn’t Messi’s fault, the Barcelona forward could’ve done a bit more for his country.

These three players were probably the most anticipated before the World Cup, and now they’re all out as their names are replaced with the likes of Muller, David Villa, and Sneijder. So this creates the question, how will they perform next season for their clubs?