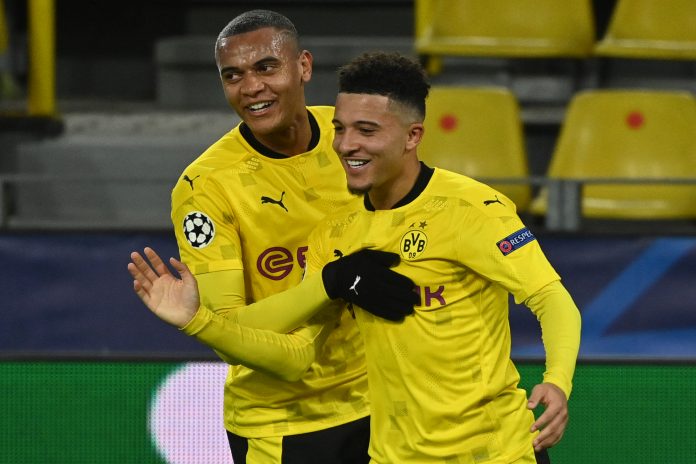 Football fans (yours truly included) love playing armchair manager, which is why off-pitch discussions almost invariably include a debate on which player(s) a club needs and why.

Modern football is a complex ecosystem where your club also has to contend with other clubs, player (and agent) demands, financial uncertainties, sponsorship revenue as well as their own attractiveness which will vary depending on well the team is doing on the pitch.

That’s why clubs draw up prioritised lists for each position they are looking to strengthen. Alexander Buttner (currently playing for New England Revolution in the MLS) comes to mind. Buttner was third or fourth on United’s list of targeted left-backs but with United’s primary targets unwilling to move or moving elsewhere, the club chose Buttner as a squad player.

All of this is to say that a club doesn’t always get the player they want.

And then there is the matter of club management (or ownership) not having the right targets or goals in mind when recruiting players, or not paying what’s needed to ensure success on the pitch.

With United, the best example of this is Bruno Fernandes. It’s amateurish to think that United would have mounted a title challenge in 2019/2020 if Fernandes had been signed in the summer of 2019 instead of January 2020, but it’s is equally daft to think

United struggled throughout last season before a late, Fernandes-inspired surge and a last-day win against Leicester City gave them third place. It felt undeserved. Don’t get me wrong, I’ll take any goal, any point, any win, but sneaking into third place on the last day isn’t my idea of a winning club.

At the very least, with better recruitment, United would have performed better last season and had a more stable environment off the pitch.

But that is last season, and this season it’s clear even Fernandes is not enough. For all of the good Rashford and Fernandes have done on the pitch, the squad sorely lacks on the wings, in central defence and in defensive midfield, and each of these areas were looked at by the club but not strengthened during the transfer window.

For Sancho (and a host of other ‘targets’), it was a matter of price. Despite missing out on targets due to a difference in transfer valuations, United have a history of paying whatever it takes to secure young English talent. Rooney – signed at a premium when Newcastle United seemed a likely destination. Ferdinand – breaking the British transfer record. Maguire – not young, but at the time of signing, fixed a major issue in United’s backline.

Post-takeover, whether it was Dimitar Berbatov – poached away from City at Manchester’s airport as the story goes – or Harry Maguire – United have not shied away from spending money to fix problems, and they’ve been quick to act to pick up quality players whenever needed (e.g. Robin van Persie).

It’s clear looking at United’s finances that the club had the extra £10m-£20m needed to spend on Sancho.

Then why not do it? And if that £80m-£100m was available, why not go out and use half of that to strengthen other areas on the pitch? 31-year-old Nemanja Matic was given a two-year contract extension in July 2020 – a time when United should have spent looking to bring in a younger, more dynamic replacement.

United spent the summer hawking subpar central defenders on bumper contracts to clubs around England and Europe, while not willing to bring in another centre-back to partner Lindelof and Maguire. It was a mixture of wanting to manage the wage bill, hoping the next Greenwood would emerge this season and not wanting to overpay.

At the same time, United would not spend the extra 10m (or maybe 20m) needed to secure the player. United then eyed experience and brought in Cavani on a free deal (belatedly replacing Lukaku from a tactical standpoint even though both players offer different things on the pitch), but it’s a short-term deal that belies ineffective long-term planning.

I’ve gone this far without mentioning Ole Gunnar Solskjaer, Ed Woodward or the Glazers. This isn’t about apportioning blame. This is about direction and philosophy, about playing to win versus playing defensively, about being bold versus playing the percentages.

The best financial advice goes something like this – invest in low-cost index funds and forget about it for 30 years.

The best sporting advice goes something like this – you miss 100% of the shots you don’t take.

Whether it’s haggling with Everton on Fellaini’s transfer fee only to overpay later, or signing Fernandes 6 months later, United have a decision-making process that’s costing them money as well as points on the table.

And choosing to spend £89m-£90m (105m Euros) bringing Pogba back to United (merchandise sales FTW) while discounting the off-the-pitch issues surrounding him and his agent, while refusing to pay the £108m (120 Euros) for a younger Sancho who is poised to be a world-class star and a merchandising powerhouse is choosing the past when you need to bet on the future.

United briefed the press (off the record as usual) that the ‘true cost’ of Sancho’s transfer would have been £208m or so after including wages and agent fees. It’s a neat trick to show the player is too expensive, but from that reckoning, Pogba’s transfer (including his £14m/year contract) would have been anywhere between £180m-£200m. At the time of the transfer, Pogba was at the cusp of truly breaking out as the best midfielder in the world. But that is marketing and potential, and at this level, when you’re running Manchester United – you need to know how the player will fit into the club.

United will probably sign a player (or two) in January, especially if they can ship a few out. But they will continue to flounder in the league, always late to what they need to do to improve on the pitch.

And United fans will continue to wonder what might have been if David Gill had stayed on an extra year, or if United had moved for Mourinho instead of Moyes, or if, just if, United had bought Sancho in the summer.