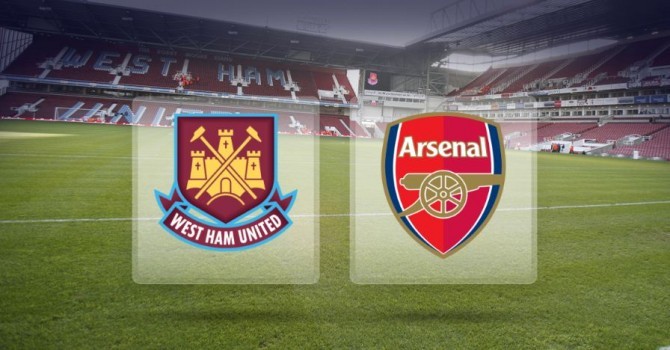 
West Ham and Arsenal go head to head in the Premier League this weekend and the Gunners will be looking to avenge their defeat against the Hammers at Emirates earlier this season.

Slaven Bilic’s high-flying West Ham side will look to close the gap Manchester City and Manchester United for a Champions league finish and Arsenal will want to cement their place in the top three with another win.

Arsenal were very impressive against Watford and Everton in their last couple of games and will look to build on that and finish the season strongly.

Meanwhile, West Ham have done very well to establish themselves as giant killers this season and will look to maintain that trend when Arsenal come to town this weekend.

West Ham will be without the injured duo of Sam Byram and James Collins for the Arsenal game.

Cheikhou Kouyate was sent off in the 2-2 draw with Crystal Palace but has had his suspension overturned and can be expected to start.

Petr Cech made the bench in last weekend’s 4-0 win over Watford and will come back into the side for the trip to West Ham.

Arsenal are plagued with injuries right now and will be without Santi Cazorla, Alex Oxlade-Chamberlain, Mikel Arteta, Aaron Ramsey, Mathieu Flamini, Jack Wilshere and Tomas Rosicky due to injury. 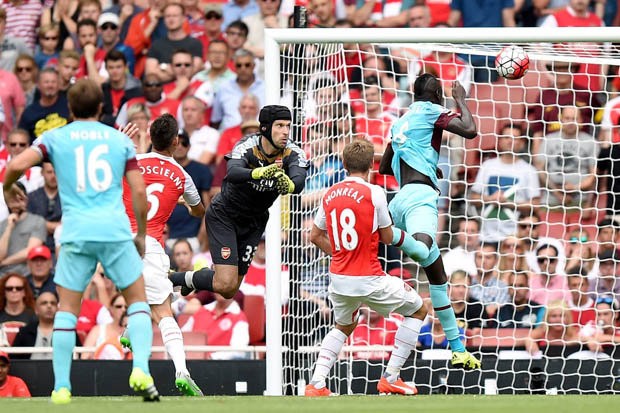 Arsenal have won their last 5 away matches against West Ham in all competitions.

Arsenal have scored at least 2 goals in their last 7 away matches against West Ham in all competitions.

West Ham are undefeated in their last 13 home matches in the Premier League.