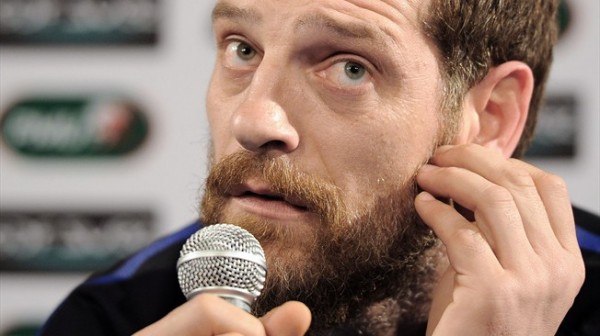 After their impressive win at Emirates and Anfield, Slaven Bilic’s West Ham have well and truly established themselves as giant killers with their stunning victory against league leaders, Manchester City.

City went into the game with five wins out of five and Pellegrini’s men were yet to concede a goal. Bilic’s side were expected to cause some problems for the home side, but few would have expected them to stun the Premier League giants and go 2-0 up before half time.

West Ham took the lead six minutes into the game as Victor Moses scored with a long range effort. The away side did well to keep their shape and broke on the counter when afforded the chance. The Hammers stunned Etihad on the half hour mark with another goal from Diafra Sakho.

Although City’s mega-money signing Kevin De Bruyne got one back on the stroke of half time, the home side struggled to break down West Ham in the second half and crashed to their first defeat of the season.

Here at Soccerlens we look at how West Ham took down Premier League’s elite in Arsenal, Liverpool and Manchester City.

People familiar with a Slaven Bilic side can expect three things – a) Defensive organisation b) Well set up low blocks and c) Fast transitions and counter attacks.

Be it his Croatia national team or Besiktas, Bilic’s teams are well drilled defensive units. Setting up in different variations of 4-2-3-1, Bilic deploys a deep defence, happy to sit back and break up play. His teams often rely on midfield runners who can get past their man and create fast transitions (Rakitic for Croatia, Payet for West Ham).

Defending with two banks of four, the wide men are expected to help their full backs and break quickly when the opportunity arises.

To sum it up, a typical Slaven Bilic side will start the game with intensity, fast out of the blocks, try and create chances for them in the first 10-15 minutes and then sit back with a two banks of four (4-4-2). The formation switches to (4-2-3-1/4-3-3) as the midfield break up play and move the ball out to creative wide men, who then recycle the possession into attack.

West Ham against the big guns

Recent history shows that teams who can play a well drilled low block are often successful against the big sides, who tend to be more expressive.

The likes of Arsenal, Liverpool and City expected to go after West Ham from the onset and expected a defensive approach.

Although their assumptions weren’t far off the mark, all three sides struggled with West Ham’s intensity in the opening 15 minutes. West Ham scored within 3 minutes at Anfield and within 6 minutes at Etihad. The away side managed to score in the first half against Arsenal as well.

Stunned with the early goal, all three sides tried to be more expressive and went after West Ham, who were happy to defend with eight men behind the ball (two low blocks of four). With the likes of Obiang, Kouyate, Noble and Oxford breaking up the play, the attacking responsibilities were shared by Sakho and Payet, who are extremely quick and skillful.

Just like he did with his previous teams, Bilic showed once again how to play away from home – he instructed his players to sit deep, and then break quickly down the flanks through the wide players.

As the home sides tried a more attacking approach in order to level the score, they left gaps in the midfield and their final third for the likes of Lanzini, Payet, Moses, Sakho (pace & flair merchants) to exploit. Bilic punished his opposition on the counter and went back to concentrating on the basics of defending.

West Ham have done nothing spectacular. What they have done is approach every away game with a specific game plan and then execute it perfectly. With a classic European away game mentality, Bilic took down the Premier League giants, not once but thrice.

Furthermore, the fact that West Ham have started their season in June (Europa commitments), meant that they are months ahead of every other side in terms of fitness and sharpness, which could have been a big factor too.