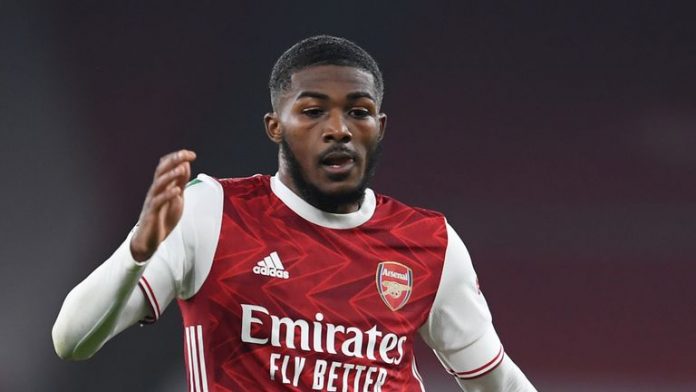 West Bromwich Albion have reopened talks with Arsenal over Ainsley Maitland-Niles and expect to sign him on loan before tonight’s deadline, The Athletic’s David Ornstein reports.

Maitland-Niles has seen limited Premier League action for the Gunners this term, managing only 485 minutes of playing time to date.

All of his appearances have come in the full-back or wing-back positions, although the 23-year-old prefers to play in central midfield.

It is now revealed that the Baggies are favourites to sign him on loan for rest of the season after he snubbed a temporary move to Southampton.

Leicester City have also expressed an interest, but the Gunners have refused to hold talks given that the Foxes are a direct rival to them for the European spots.

Maitland-Niles has largely featured in defensive positions during his time at Arsenal and he has previously talked about his desire to play in midfield.

It is unsurprising that he turned down the approach from the Saints, who assured him playing time in similar defensive roles.

With both Wilfred Ndidi and Dennis Praet injured, Maitland-Niles would have suited the Foxes, but the Gunners obviously don’t want to strengthen a team which could beat them to European qualification.

Considering this, the Baggies are the ideal team for both Maitland-Niles as well as the Gunners. The midfielder should take up the second available domestic loan spot.

The England international has rarely played for the Gunners in the centre of the park, but he has stood out with a few displays, one of which came at Old Trafford three years ago.

He needs regular first-team football to keep himself in contention for the Euro 2020 squad and that should be guaranteed with the Baggies, where he will provide a midfield upgrade.

Maitland-Niles could accompany Okay Yokuslu in a fresh-look midfield. The Turkey international has undergone his medical with the Baggies ahead of a loan move. He is currently awaiting his UK work permit.