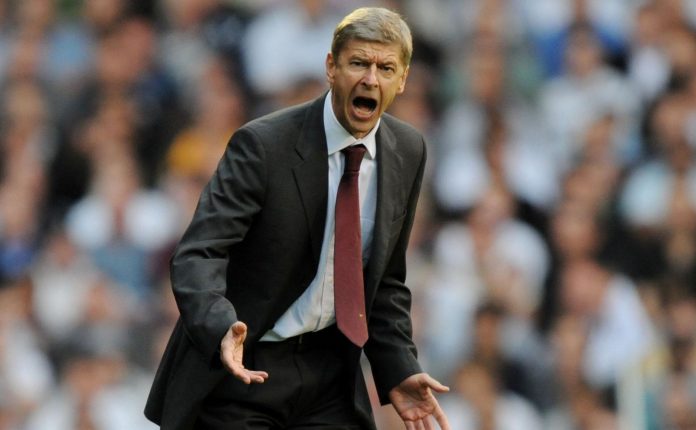 Arsene Wenger has hit out at the angry Arsenal fans, who were left unimpressed by the club’s transfer business this summer.

The Frenchman has urged the fans to get behind the current crop of players instead of “expecting someone coming down from heaven to sort out all problems”.

Arsenal have just signed one player this summer and after the humiliating defeat against West Ham, the Arsenal supporters trust were forced to release a statement calling for the review of their transfer strategy.

Wenger signed a top class keeper in the form of Petr Cech, but failed to address two of his main weaknesses. Arsenal are in desperate need of a central midfielder and a striker, but the Frenchman chose to save the cash for now.

According to Wenger, the club could not find any suitable players who can solve their problems and he is not a fan of spending just for the sake of it.

Although it is true that there is a dearth of good strikers in the market right now, Arsenal would have been better placed if they had signed an alternative to Giroud. Granted that a world class replacement was not possible, but there were other options.

Following the calls for review of transfer strategy, Wenger has claimed that not buying a player was his decision. The Frenchman stated that he does not sign players to give hope. Wenger also mentioned that the options in the market were unconvincing and that the business would not have been efficient.

“I have made more than 300 transfers and every time it’s a decision: Do you buy the player because he strengthens his squad or not?” said Wenger.

“The solutions we had were not convincing at all. In the end you do not buy to give one hope, you want to buy because the players who come in can help your squad to be stronger. You have to find an efficient solution.”

Wenger also reiterated his faith in the likes of Giroud and Walcott and claimed that they are professionals and are raring to prove themselves to the supporters, now that they have got the chance.

“These players have experience, they are 25, 26 years old and they know the job,” said Wenger. “They know what to do, they are ambitious, they have the quality. I think, as well, to support the club and support the team, is to stand behind the players. It is not always expecting someone coming down from heaven to sort out all your problems. Support is believing in the players in the squad. This is a good opportunity to do that for our supporters.”

Arsenal made enquiries for Benzema and Cavani, both of which were knocked back by Real Madrid and PSG.

Wenger also voiced his support for Olivier Giroud, who has been booed by the fans during the international break.

“He has my full support,” said Wenger.

“There is no striker in the world who has not been questioned. When he missed a chance and is booed, that can happen.”

“I talk to them individually about their performances, about how I see their game and what I expect of them,” said Wenger. “We can score goals I am not worried about that. I am confident I have enough cover and enough quality.”

It will be interesting to see if Wenger can improve on his league performances from last term, but considering the quality of the teams above them, it is highly unlikely that they will challenge for top honours with the current squad.