Wenger playing loose with Arsenal cash could be the final straw 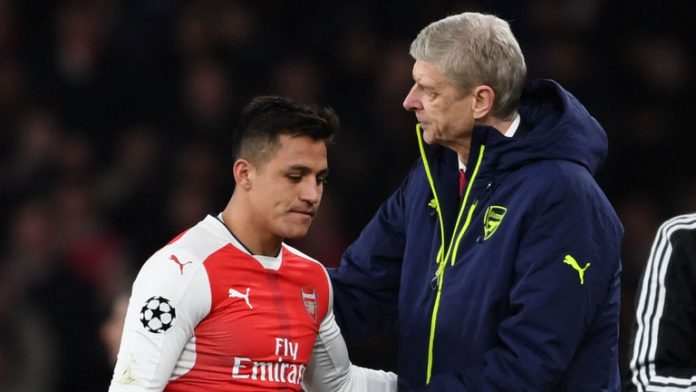 Arsene Wenger’s admission that allowing Alexis Sanchez to see out the final year of his contract could cost Arsenal as much as £140 million should send a shudder through the boardroom at the Emirates Stadium.

Sanchez was linked with a transfer to Manchester City for much of the summer, with a deadline day move falling through due to Arsenal’s failure to sign Monaco star Thomas Lemar.

Wenger told beIN Sports that those factors could cost the club a staggering amount next summer.

“You take a Sanchez into the final year of his contract, you sacrifice £60-£70m income and at the end of the season you will have to buy somebody for that amount of money,” he said.

“It has a huge price so at some stage you have to make a decision, you have to sacrifice one or two.”

Quite how this situation has been allowed to develop is anyone’s guess.

Sanchez has never looked like he will agree a new contract at Arsenal. Knowing that to be the case, why did Wenger wait until the final day of the transfer window before trying to sort things out?

A possible £50 million fee was floated during the summer. Surely it made sense to snap City’s hands off for a player entering the final year of his contract?

Wenger then has the rest of the transfer window to bring in a replacement.

Even if Lemar had ended up costing £100 million, that’s still only a £50 million hit on the finances as opposed to £140 million.

When you factor in the fact that Lemar is seven years younger than Sanchez with the best years of his career still to come, Wenger’s decision-making processes look seriously flawed.

Ultimately the buck stops with the manager and unless he delivers Premier League success this season that £140 million deficit could be Wenger’s parting gift to Arsenal.