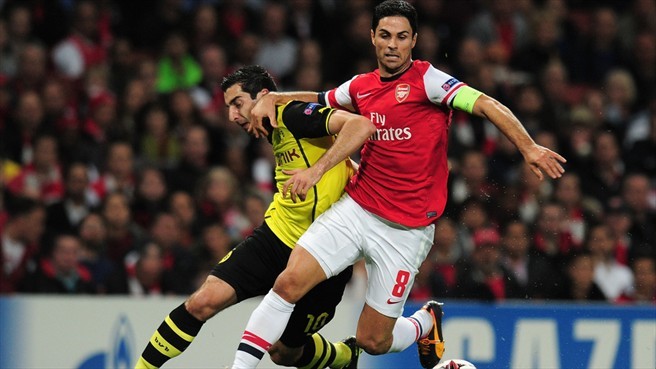 Arsenal manager Arsene Wenger has confirmed that Spanish midfielder Mikel Arteta is likely to leave the club at the end of this season.

The former Everton midfielder is expected to join Manchester City as a coach under Pep Guardiola. Arteta has played with Guardiola at Barcelona before and the Bayern Munich manager wants the Arsenal star on his coaching staff at Etihad.

Arteta was appointed as the captain of Arsenal back in 2014 when Thomas Vermaelen left for Barcelona.

“It is true that he is out of contract here and his contract finishes,” said Wenger. “It is a good opportunity for me to thank him for his contribution, not only as a player but also as a leader”.

“I heard about that possibility (City). He is able to inform you much better than I. He is free to decide what he wants.”

Wenger added that the Arsenal midfielder will have to decide if he wants to take up coaching role just yet, but the Frenchman feels that Arteta is still good enough to play and is in a very good physical shape after having recovered from his injuries.

“I still think he can play and in the last month, he has come back to a very good physical level. He is in a position today to continue to play. He would still be a very good player.”

Arteta joined Arsenal in a £10 million deal on the deadline day back in August 2011. The Spanish central midfielder has made 148 appearances for the London club in all competitions.