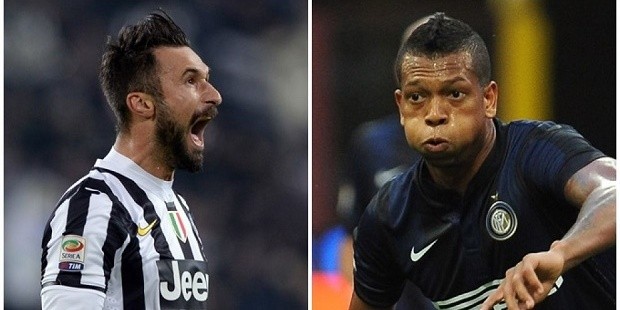 The much anticipated deal involving Juventus’ Mirko Vucinic and Inter Milan’s Fredy Guarin seems to be dead in the water after Inter president Erick Thohir called a halt to proceedings this evening.

Arsenal were said to have met with Vucinic’s agent before the proposed deal with Juve, while David Moyes’ crusade to strengthen his United midfield had reportedly brought him to Fredy Guarin; that was until a deal was arranged that would have seen the duo swap Serie A sides.

It has been a topsy-turvy saga of the highest order, with this the second time the deal has been called off by Inter, as president Erick Thohir took to the official club website this evening to announce an end to the negotiations,

“After speaking to my closest aides and exchanging views with Massimo Moratti and his son Angelomario this morning, I decided not to continue negotiations with Juventus,” said Thohir in a statement on ‘Inter.it‘,

I felt it was not possible to reach an agreement on a deal in which the opinions of the two parties differed and which did not offer a clear financial or technical benefit to the club.

As was said in the recent club statement, I have already asked our sporting directors to evaluate other transfer opportunities that will enable us to strengthen the team in line with the financial parameters imposed by Financial Fair Play.

Again, I believe we must all remain united, the fans, the club and the team so that we can get back to the standing we all want for this club and that Inter deserves.”

With both players now without their desired transfer, and considering Guarin’s particular displeasure at not sealing a move away from Inter(which we reported this morning), Manchester United and Arsenal may well find that entering into negotiations with the respective clubs will be a little easier.

What do you think? Should the Premier League duo go back in for the pair? Let me know in the comments below…