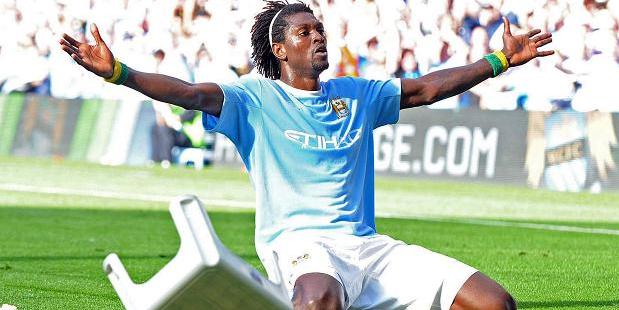 When Arsenal take to the chilly Etihad pitch tomorrow afternoon, they will know that a win against the mega-bucks Man City will surely convince any remaining doubters of their title credentials.

It will be no easy task however, as City’s sharp ascent to the top echelons of the Premier League has heralded a change in fortune against the Gunners.

Before the Abu Dhabi takeover in 2008, City had only beaten Arsenal once in 17 years. But in the 12 games since then, City have won six, while Arsenal only three.

Currently fierce rivals for the Premier League, Saturday’s Etihad encounter could prove to be a defining moment in the title race.

Here is a top 5 of the best and worst matches for the Gunners at Man City in recent history:

It was the day that finally obliterated City’s longstanding record of losses at the hands of Arsenal. Joey ‘Trouble’ Barton smashed in the winner from the spot for City, with Thierry Henry and Robin Van Persie both guilty of missing glorious chances for the visitors.

With the likes of Ben Thatcher, Paul Dickov and Darius Vassell all turning out for the home side, City were as far away from their current star-studded status as was possible to be!

This was the game that saw the start of a turbulent few years for arguably the most talked about player to have played for both clubs in recent memory.

Emmanuel Adebayor won the game for the Gunners with a well taken brace, goals that took him up to 18 for the season (also a farcry from the present).

It was to be the final game between the sides before the Abu Dhabi Group’s league-altering intervention in Manchester, with Adebayor having a big part in the show to come…

A match that has lived long in the memory of incensed Gunners fans; City’s 4-2 triumph saw the former Arsenal man Adebayor turn from a nostalgic memory to a malevolent presence for the club.

The inane moments after he scored, where he ran the length of the field to celebrate in front of the apoplectic army of Arsenal fans, will arguably never be forgotten.

Certainly one of the most highly charged encounters in recent memory.

Arsenal reasserted their dominance over City with a crushing win at the Etihad stadium. Dedryck Boyata’s dismissal only five minutes in was the catalyst for a rampant Arsenal, who won courtesy of goals from now City man Samir Nasri, Alex Song, and current Arsenal bench-warmer, Nicklas Bendtner. 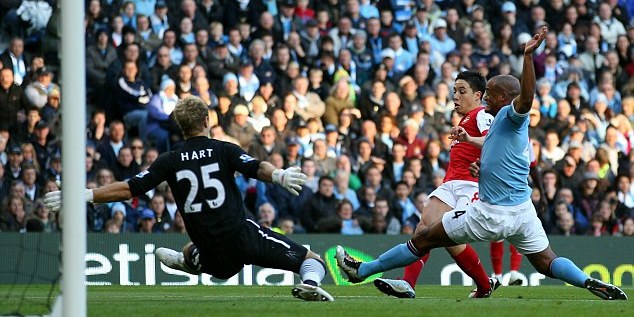 In last match to be played between the two sides in Manchester, the Gunners were indebted to a late goal from Laurent Koscielny to salvage a draw in what was a highly entertaining match.

Arsenal lost the second league game between the sides of that season at the Emirates, 2-0, in a game that City dominated after that man Koscielny’s early dismissal.

What do you think? Which game stands out? Who will win on Saturday? Let me know in the comments below…