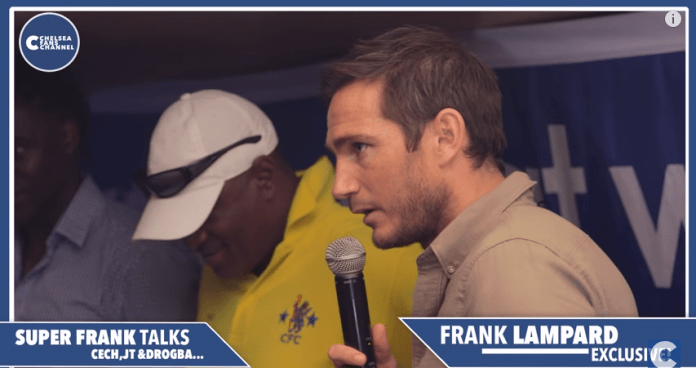 Chelsea legend, Frank Lampard stated that he was happy for Petr Cech and congratulated him on his move to Arsenal this summer.

The former Blues star was speaking at a Chelsea Q&A session at NYC and spoke about his career at Chelsea and his teammates, Terry, Drogba and Cech.

The former City player stated that Cech handled his situation at Chelsea very well and acted as a true professional even after being shunted to the bench following the arrival and rise of Thibaut Courtois. He also stated that Cech’s loyalty and commitment to Chelsea has been unquestionable and that the club would have never won the Champions league without him.


Lampard left the Premier League at the end of last season and will now continue his career in the MLS alongside the likes of Steven Gerrard and Andrea Pirlo, who also secured a move to US this summer.

Although Chelsea fans might not be too happy about Lampard approving of Cech’s Arsenal transfer, this is a professional who has given years of valuable service to the club and deserves to get a move of his choice.

It is important remember that Cech never wanted to leave the Blues in the first place and it is Chelsea who have failed to provide him with the game time he deserves.