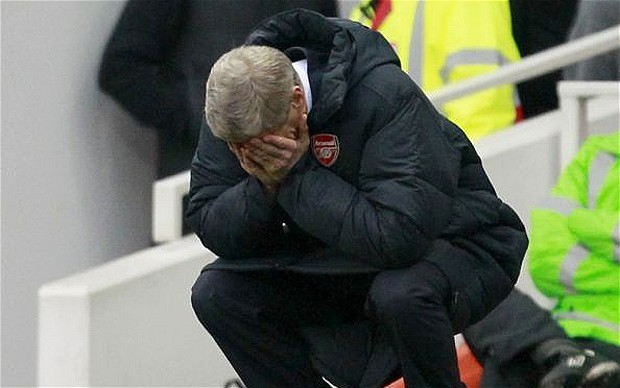 Arsenal have been handed a hammer blow due to the fact that captain and talisman Robin van Persie has confirmed that he will not be extending his contract at the north London club. With less than 12 months before the Netherlands international is a free agent, Arsene Wenger has a key decision to make in whether to keep his best player and lose him for nothing in a year, or sell him now for financial gain and to a preferable buyer. Here is the rock and the hard place.

Although transfer rumours have been rife since Van Persie’s announcement, the striker is still an Arsenal player until next June. With the Gunners looking to break back into title contention in 2012-13, the presence of the current PFA Player of the Year will guarantee them goals and make them a more difficult opponent. After a disastrous start to last season following the summer departures of Samir Nasri and Cesc Fabregas, Wenger will be keen to avoid a similar transitional period, and keeping RVP would guarantee as much. Finally, if the north London outfit do challenge for or even win the title, somehow, miraculously, Van Persie could change his mind. 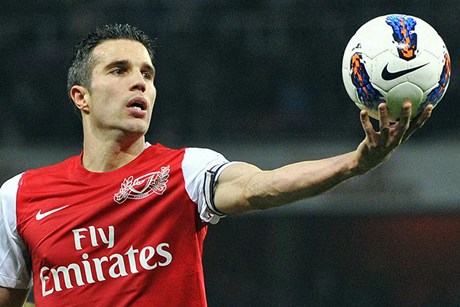 However, the Emirates Stadium faithful’s reaction to the attacker is yet to be seen. Some more understanding fans may grudgingly accept his decision, even if they don’t like it, but a large section of Gunners fans will be very angry and show Van Persie this. A negative reaction from the fans could well impact on the player and the team, and drive the talented forward into the arms of one of Arsenal’s Premier League rivals.

After the departures of Kolo Toure, Emmanuel Adebayor, Gael Clichy, Nasri and Fabregas, Arsenal have at times of late been given the mantle of a ‘selling club’. Cashing in on Van Persie will only go to strengthen this train of thought, and may well convince the likes of Theo Walcott and other Gunners players that there is a step up to be made from the Emirates Stadium. If Van Persie does leave it also puts added pressure on assumed replacement Olivier Giroud, who will have to hit the ground running to keep Arsenal in contention.

However, one way or the other, seeing Van Persie leave the club will be torture on the Arsenal fans. Despite this, Wenger still has power over his potential destination until the transfer window ends. Seeing the current captain wear the blue of City or red of United would certainly be heartbreaking, and as such with the likes of Juventus and Paris-Saint Germain circling, selling him is a real option. Barcelona, Real Madrid and other European giants surely would be tempted if Van Persie was openly available also, and the gut-wrenching prospect of watching him join a Premier League rival (for free) would be avoided.

It is certainly a decision that Wenger would prefer not to have to make, but surely selling Van Persie is the better option for Arsenal. The financial gain can be reinvested in the team, whilst the likes of City or United will not be strengthened by the Gunners’ loss.