Van der Vaart: I’m 100% sure Tottenham will win against Arsenal 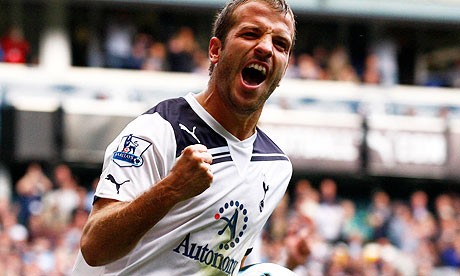 Former Tottenham midfielder Rafael van der Vaart says he’s “100 percent sure” Spurs will pick up all three points when they travel to the Emirates Stadium to face Arsenal in the Premier League on Saturday afternoon.

The two clubs meet in the first North London derby of the season, and many believe Tottenham can come away with a win given their superior recent form and four-point advantage in the Premier League table.

Tottenham have also been getting the better of Arsenal in recent head-to-heads, boasting a four-game unbeaten run against the Gunners, and having beaten them in their most recent meeting.

As a result, van der Vaart is confident his old club can come out on top. “It’s not easy to win because Arsenal is still a great team, great club. But now Tottenham, winning against Madrid, being in this position, I’m 100 per cent sure that they will win there,” he told Sky Sports via Express.

Tottenham have closed the gap to Arsenal in recent seasons, but the Lilywhites don’t have a good long-standing record away to their fierce rivals. Spurs haven’t won on their travels to Arsenal since 2010/11, where van der Vaart scored and created all three of Tottenham’s goals in a 3-2 victory.

A win for Tottenham this weekend would see them go second in the Premier League table and five points adrift of leaders Manchester City, opening up a seven-point gap between them and Arsenal. Defeat would allow Arsenal to go within a point of Mauricio Pochettino’s side.

Tottenham have managed just one away win to Arsenal since 1993, so van der Vaart’s claims might be a bit premature.